Recently, cricket legend Sachin Tendulkar has joined the bandwagon from the cricket fraternity to celebrate Social Media Day 2021 along with other celebrities. 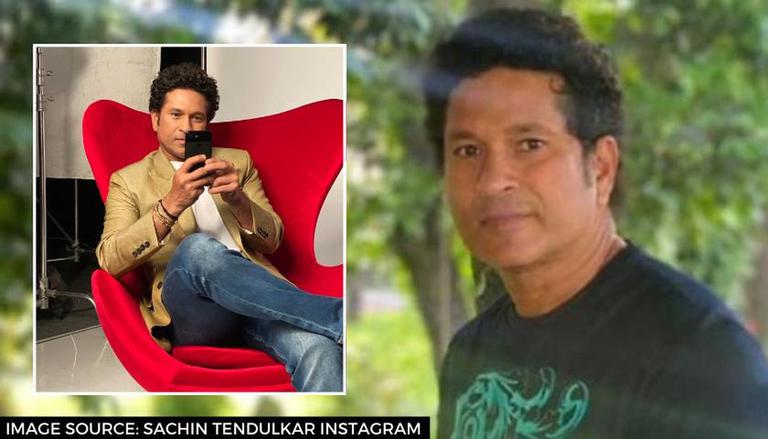 Sachin Tendulkar took to Twitter on Wednesday to provide a hilarious message for the fans to celebrate Social Media Day 2021. The cricket legend posted a picture of himself on Twitter while posing to post something on social media through his smartphone. However, it was the caption of the Sachin Tendulkar Twitter post that caught everyone’s attention while leaving everyone in splits.

The Master Blaster’s caption read as follows, “𝘛𝘩𝘢𝘵'𝘴 𝘮𝘦 𝘱𝘰𝘴𝘵𝘪𝘯𝘨 𝘢 𝘱𝘰𝘴𝘵 𝘢𝘣𝘰𝘶𝘵 𝘴𝘰𝘤𝘪𝘢𝘭 𝘮𝘦𝘥𝘪𝘢 𝘪𝘯 𝘢 𝘴𝘰𝘤𝘪𝘢𝘭 𝘮𝘦𝘥𝘪𝘢 𝘱𝘰𝘴𝘵 𝘰𝘯 #𝘚𝘰𝘤𝘪𝘢𝘭𝘔𝘦𝘥𝘪𝘢𝘋𝘢𝘺!”. Fans were definitely impressed by the witty caption chosen by Sachin Tendulkar to celebrate Social Media Day 2021. The Master Blaster was seen sitting in a bright red chair while sporting a light brown blazer with a white t-shirt and jeans while posing for his picture. Due to his influence in the cricket world, Sachin Tendulkar has around 35.6 million followers on Twitter alone.

According to entrepreneur.com, the Sachin Tendulkar net worth figure is estimated to around INR 1250 crores (approx. USD 170 million). A certain portion of the Sachin Tendulkar net worth comprises of his earnings from the Board of Control for Cricket in India (BCCI) as a former Indian cricket player. He was said to be the first cricketer to sign a deal worth INR 100 crore with MRF in 2001.

The Master Blaster became the brand manager of the MRF as well. He also earned a significant amount of wealth through endorsement deals with brands like Boost, Pepsi, Sunfeast and VISA in the past while currently, he endorses brands such as BMW, SBI Mutual Funds, IDBI Life Insurance, Luminous and Apollo Tyres. He also owns the popular 100MB app, which curates content on his life in and out of cricket since his retirement and adds to his wealth.

READ | Sachin Tendulkar, Virat Kohli sit next to each other at Wimbledon; fans thrilled: WATCH

DISCLAIMER: The above Sachin Tendulkar net worth information is sourced from various websites/media reports. The website does not guarantee a 100% accuracy of the figures.