Master blaster Sachin Tendulkar on Monday paid a visit to Shirdi to seek blessings of Sai Baba along with his wife, Anjali Tendulkar and son Arjun Tendulkar. 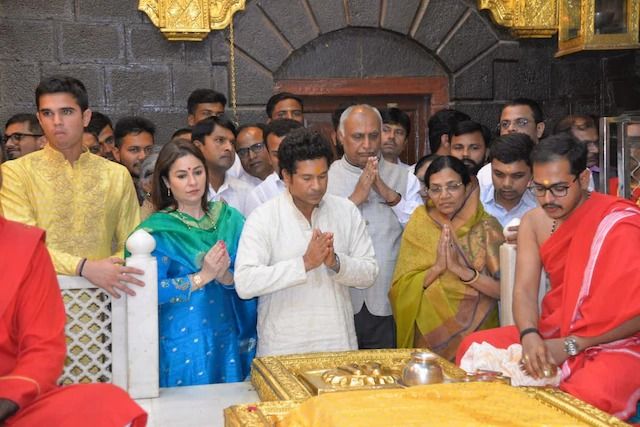 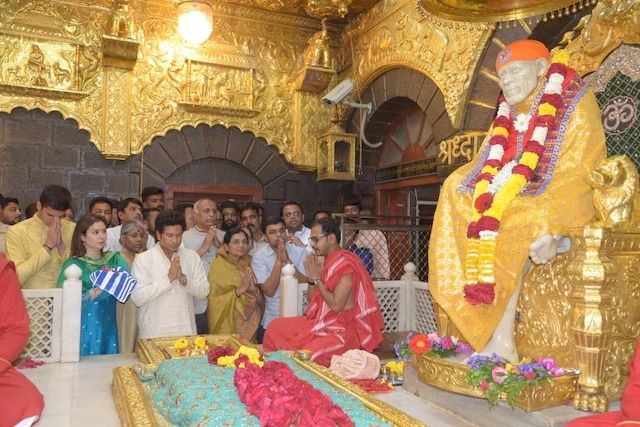 Recently, Former India cricketer Mohammad Kaif won the internet over on Sunday when he shared a picture of himself alongside the legendary Sachin Tendulkar on his official Twitter handle. Twitterati lauded Kaif for comparing his former teammate and the batting great to the revered Indian God, Lord Krishna. Kaif received a lot of praise for his humility because, in the caption, he referred to himself as Sudama and called Sachin Tendulkar 'Lord Krishna'.

Indian Test vice-captain Ajinkya Rahane on Friday shared a picture of himself gorging on a vada pav. With the picture, Rahane gave three options to his Instagram followers and asked them what they prefer with their vada pav. Surprisingly, legendary cricketer, Sachin Tendulkar replied to Ajinkya Rahane’s tweet and shared how he would like to eat his vada pav.

Tendulkar wrote that he likes his vada pav with red (sweet) chutney and a little bit of green (chilli) chutney. To make his experience even better, he uses some imli (tamarind) chutney to make the combination better. Ajinkya Rahane approved of Sachin Tendulkar’s pick by writing, ‘great combination’. Tendulkar's love for the Maharashtrian dish is evident as he has claimed in several interviews about it being his favourite snack during his childhood days and having the ability to have 7 vada pavs in one go.

I like my Vada Pav with red chutney, very little green chutney & some imli chutney to make the combination even better👍

READ: Sachin Tendulkar reminds 'Jammy' Rahul Dravid about how he used to be a menace for bowlers