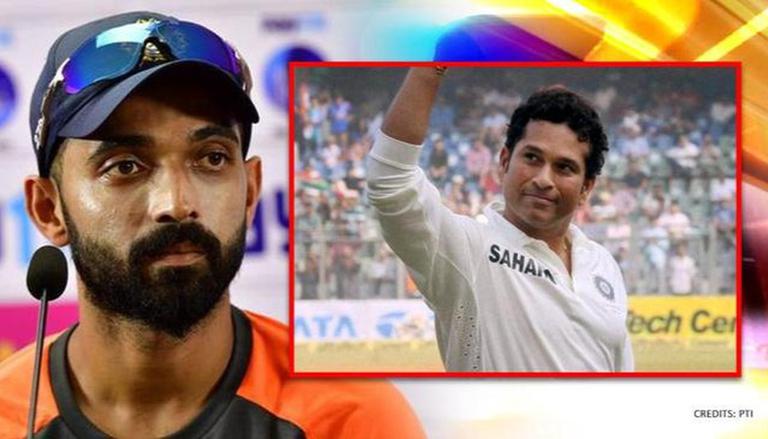 
Team India's Test vice-captain Ajinkya Rahane who is currently in the United Kingdom along with his family and the squad to play the ICC World Test Championship (WTC) Final and five-matches Test series against England recalled Sachin Tendulkar's words. Talking to ESPNcricinfo show 'CRICKETBAZI', Ajinkya Rahane revealed what the 'Master Blaster' told him during his farewell match which took place in 2013 which he will never forget.

Ajinkya Rahane made his Test debut in 2013 in the Border-Gavaskar trophy against Australia, however, the 33-year-old cricketer was selected in Team India's Test squad in 2011. However, Ajinkya Rahane said that he utilised those times in a proper way and kept his patience. In fact, Ajinkya Rahane also shared that India's legendary batsman Sachin Tendulkar personally came up to him to talk to him during his farewell match and told him something which he will always remember throughout his life.

"I got motivation when Sachin Tendulkar during his last Test match talked to me because I never expected what he told me that day. I kept on working hard and in his last Test match in which everything was around him, everything was happening for him, during those times he took out his time and told me that 'the hard-work which you were doing from past two years I was watching very closely. It was very tough for you, I think many players would have been demotivated in this situation. But the commitment which you have showcased as a 12th man, whatever your fitness drills you used to do, you did with commitment and really hats-off. You kept on working hard for 2 years, you have been loyal to this game, this game will also be loyal to you,'" said Ajinkya Rahane.

"Whatever he told me that day after that my passion for cricket increased and I felt really motivated," added Ajinkya Rahane.

More than a billion people were glued to witness India's legendary batsman Sachin Tendulkar's last Test match which took place in 2013 at his home ground Wankhede Stadium. Sachin Tendulkar scored 74 off 118 balls including 12 glorious boundaries in the final knock of his career as India posted 495 in response to West Indies' 182. The visitors came out to bat once again and were bundled out for 187 on the third day to lose the match by an innings and 126 runs.