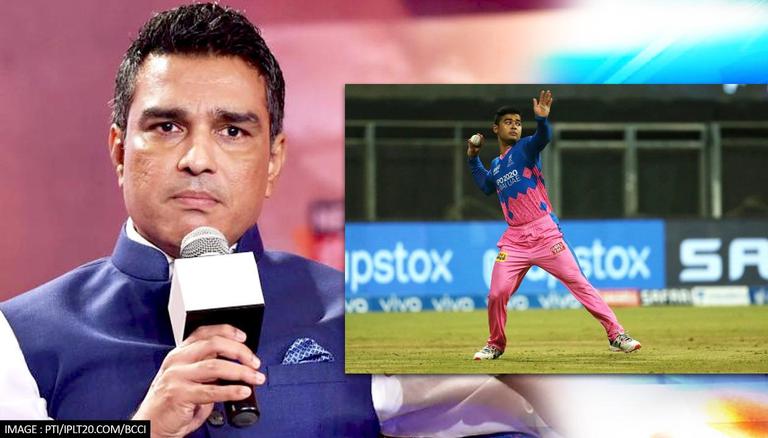 
Ahead of SRH vs RR clash, Team India's former cricketer and commentator Sanjay Manjrekar has raised questions on the Rajasthan Royals franchise and the team management for continuously backing up Riyan Parag despite multiple failures. Sharing his analysis on the SRH vs RR clash, Sanjay Manjrekar also questioned Rajasthan Royals' inclination to go for the English players whose availabilities are uncertain.

"Rajasthan, a franchise that frustrates me. A franchise that I know the people who run. But somehow, their inclination to go for the English players is letting them down a little bit. Because they have become very uncertain with their availability,” said Sanjay Manjrekar in a video shared on his Instagram.

Majrekar further questioned the Rajasthan Royals franchise for backing Riyan Parag again and again despite his multiple failures. Manjrekar said, "Their problem is more with the middle-order. One wonders what the logic is of keeping on playing Riyan Parag. Is there something in him that we haven’t seen? Because they have condoned his long-term failures."

"Their bowling looks all right. They have got their seam bowlers covered. Sakariya, Unadkat, shows a lot of promise. Tabraiz Shamsi is a good buy,” added Manjrekar.

In IPL 2021, Riyan Parag has played 9 matches and has only scored a total of 84 runs with an average of 14.00. Riyan Parag garnered appreciation during IPL 2020 when he weaved a match-winning partnership along with Rahul Tewatia against Sunrisers Hyderabad. While Rahul Tewatia played a knock of unbeaten 45 runs, Riyan Parag played an unbeaten 42 runs knock and defeated the SRH by 5 wickets. Talking about English players, Rajasthan Royals premier overseas players including Ben Stokes, Jofra Archer, and Jos Buttler are not available for the IPL 2021 Phase 2.

In the 40th match of the ongoing IPL 2021, Sunrisers Hyderabad will be locking horns with Rajasthan Royals at Dubai International Stadium on Monday. Both teams would be looking to overcome their previous defeats during the weekend doubleheader. While RR lost their last game against northern rivals Delhi Capitals by 33 runs on Saturday, SRH suffered a heartbreaking five-run defeat at the hands of Punjab Kings on the same night.

Talking about SRH vs RR head-to-head record, both teams have faced each other 14 times and share the spoils with 7 wins each. In the last five SRH vs RR matches, it is Rajasthan Royals who have their noses ahead winning three, while SRH has only managed two wins. In the first leg of the IPL 2021, it was the inaugural edition's winners who registered a convincing 55-run win.