SAU-W vs TAS-W Dream11: South Australia Women are all set to take on Tasmania Women in the 2020 Women's National League at Karen Rolton Oval in Adelaide.

South Australia Women are all set to take on Tasmania Women in the 2020 Women's National Cricket League match. Both the teams will clash against each other at Karen Rolton Oval in Adelaide. The match will take place on Tuesday, January 7 at 5:00 AM (IST).

South Australia Women are currently lying on the 6th place on the points table. In the two matches played so far, the team has lost both their matches. They lost their first game against New South Wales Women, who reached their target of 196 runs with 4 wickets and 5 balls to spare. In their second match, South Australia Women faced Australian Capital Territory Women. The match ended with Capital Territory Women winning the game by 3 wickets. SAU-W must start winning games in the upcoming matches in order to move up on the points table.

Tasmania Women are lying at the bottom of the points table. TAS-W has played two matches and lost both of them. They played their first match against Western Australia Women, who won the match by 16 runs. In their last game against Queensland Women, they lost the match by 101 runs. Since both the teams are yet to win a game so far, the first victory will be a morale booster for both the sides. 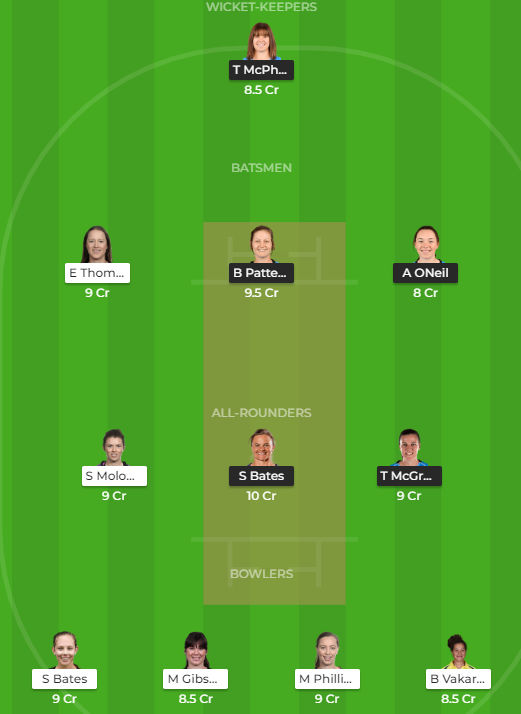 South Australia Women are favourites to win the title.