As England vs India Day 4 of the fourth Test is underway, Shardul Thakur repeated first innings heroics and yet again smashed half-century at the Oval 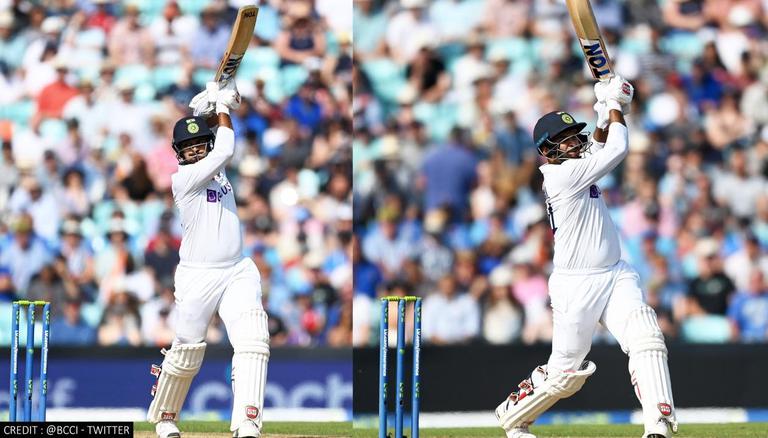 
As day four of the third Test between England and India is underway, Shardul Thakur repeated his first innings heroics and yet again smashed half-century at the Oval. Shardul Thakur came to the crease when English bowlers dismissed Ravindra Jadeja, Ajinkya Rahane, and Virat Kohli in quick succession. Not only did Thakur bring up his third Test fifty but also weaved an important 50-run partnership with wicket-keeper batsman Rishabh Pant. In fact, it was Shardul Thakur who played the dominating part in the partnership.

Shardul Thakur was dismissed on 60 when he tried to play cover drive on part-time spinner Joe Root at the score of 60.

5️⃣0️⃣ in the first innings ✅
5️⃣0️⃣ In the second innings ✅
1️⃣ Shardul Thakur!

Netizens react to Shardul Thakur's consecutive 50 at the Oval

Lord Shardul Thakur brings up his 50! His second half century in two innings. He’s dominating the English bowlers! The Lord is dangerous 🔥 #ENGvIND

Shardul Thakur goes for a wonderful 60 in just 72 deliveries. Yet again provided runs when India needed them badly, one of the most improved player in recent times. pic.twitter.com/QSG84ALd0s

After Twitteratti hailed Shardul Thakur as 'Lord' following his impressive fifty in fourth England vs India Test, the Indian pacer responded to the memes.

While speaking at a press conference after the first day, Shardul Thakur said, "I have only two nicknames. Lord is just a meme started in social media, but I am pretty happy that I am getting lots of love from my teammates & fans across the world. In a video uploaded on BCCI's Twitter handle, he spoke about his nicknames.

Meanwhile, Team India has stretched its lead to 315 runs.