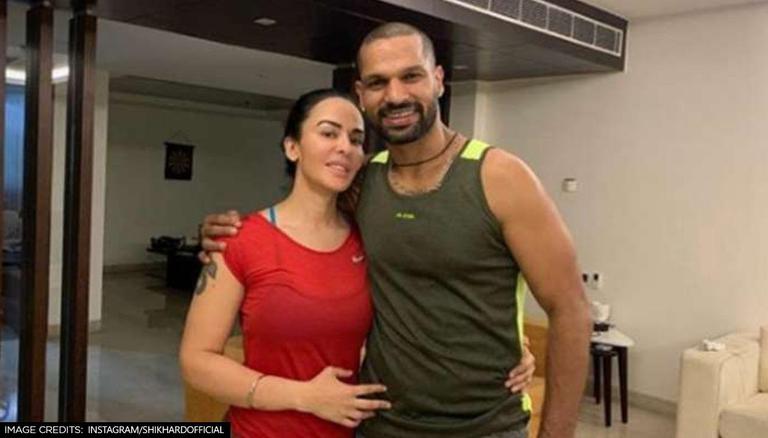 
In a sudden development, Team India's opening batsman Shikhar Dhawan has reportedly parted ways with his wife Aesha Mukerji after eight years of marriage. Sources in the know of developments confirmed the development to news agency ANI. Aesha Dhawan on Monday posted on her Instagram handle said that she thought divorce was a 'dirty word' until 'I became a 2-time divorcee'. Dhawan and Aesha had tied the knot in 2012. They were blessed with a baby boy Zoravar in 2014.

Sharing about her separation with Shikhar Dhawan, Aaesha wrote, "I THOUGHT DIVORCE WAS A DIRTY WORD UNTIL I BECAME A 2 TIME DIVORCEE.”

“Funny how words can have such powerful meanings and associations. I experienced this firsthand as a divorcee. The first time I went through a divorce I was soooooooo fu@kn scared. I felt like I had failed and I was doing something so wrong at that time," added Aesha Dhawan.

Shikhar Dhawan was last seen on-field leading the young Indian team during the Sri Lanka tour in July. A seasoned campaigner and vital cog of the Men in Blue's limited-overs side, Dhawan has been spearheading the formidable batting line-up of the team for almost a decade.

READ | Shikhar Dhawan backs Suryakumar Yadav's Test call-up: 'He will do well in any format'

He captained India for six white-ball matches in Sri Lanka. The team featured six uncapped players and was coached by Rahul Dravid.  Shikhar Dhawan is currently eyeing a place in India's T20 World Cup squad which is to be announced on Wednesday. With Rohit Sharma picking himself, it could be a fight for the opening slot between Dhawan and KL Rahul.