Shreyas Iyer And Prithvi Shaw Sweat It Out Ahead Of Sri Lanka Tour: Watch

Shreyas Iyer was delighted to see Prithvi Shaw pushing his limits during one of their running sessions, the video of which he shared on Instagram. 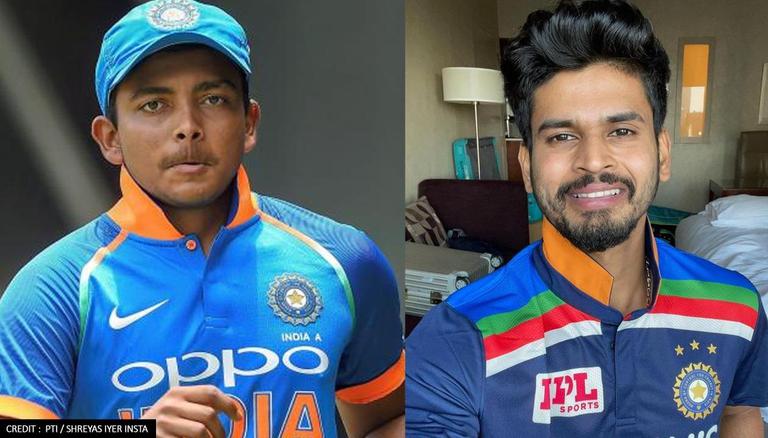 
Delhi Capitals batsmen Shreyas Iyer and Prithvi Shaw have come together to train ahead of India's limited-overs series against Sri Lanka. The duo gave a sneak peek into their training session as they took to their official social media handles to share pictures and videos of their hard work. Shreyas Iyer was delighted to see Prithvi Shaw pushing his limits during one of their running sessions, the video of which he shared on his Instagram stories. Shaw also shared a picture with Iyer, where the duo could be seen resting after what appears to be an intense workout session at the gym. 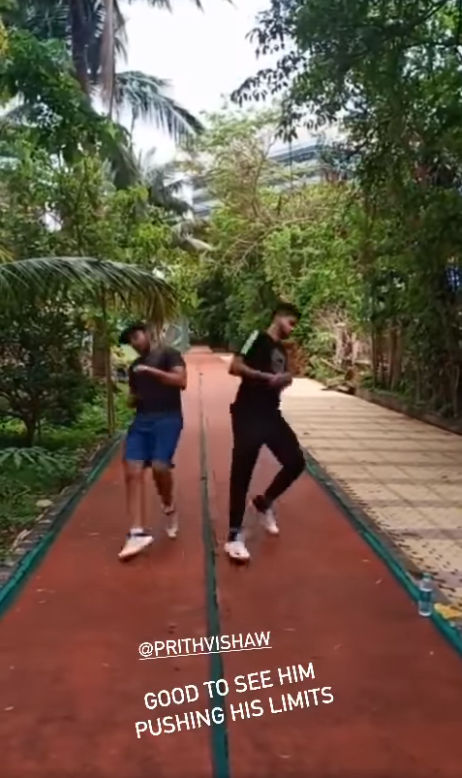 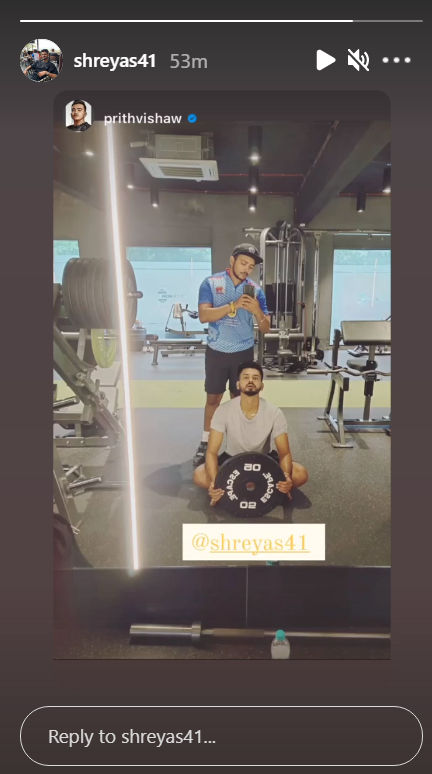 Prithvi Shaw has faced a lot of scrutiny in the recent past, particularly over his health and fitness. The 2018 U-19 World Cup-winning captain showed some improvement in the 2021 edition of the Indian Premier League (IPL), where he was looking in good form while opening the batting with Shikhar Dhawan during the first leg of the tournament that was played between April 9 and May 2. Prior to his stint with the Capitals this year, Shaw also gave some amazing performances in the domestic tournament for Mumbai as he became the first player to breach the 800-run mark in the Vijay Hazare Trophy.

As far as Iyer's cricketing season is concerned, the Mumbai batsman was ruled out of the Indian Premier League (IPL) days before the commencement of the cash-rich tournament due to an injury. Iyer had suffered an injury on his shoulder while playing for India in the white-ball series against England in March. Days later, the 26-year-old underwent successful surgery at a hospital in Mumbai. He is currently recovering at his home and is likely to join the Indian limited-overs team as captain for the tour of Sri Lanka in July.

The Indian white-ball team will play a three-match ODI series and as many T20I games against Sri Lanka, starting July 13. The three ODIs will be played on July 13, July 16, and July 18, while the T20I series will commence from July 21 onwards with the second and final being played on July 23 and July 25, respectively.