Smriti Mandhana To Miss Southern Brave's Next Two Matches In The Hundred; Here's Why

Mandhana said she would love to continue with the team until the final, but she hasn't seen her family in a long time and wants to spend some time with them. 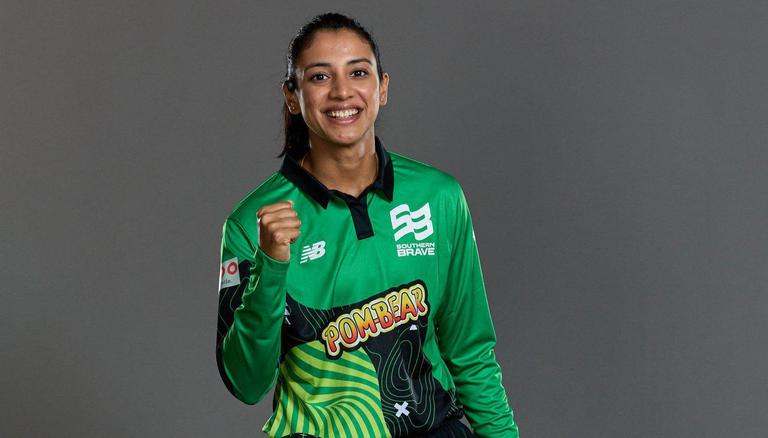 
In the latest blow to The Hundred's Southern Brave, Indian batter Smriti Mandhana has confirmed her withdrawal from the league ahead of the final in order to spend some time with her family before the start of the Australia series. According to reports, Mandhana will be replaced by Ireland's Gaby Lewis for the final of the tournament. Mandhana said in a statement that she would love to continue with the team until the final, but she hasn't seen her family in a long time and wants to spend some time with them before heading to Australia.

"I would love to be able to stay with the team until the final but we've been away from home for a long time with more tours ahead. I'll be watching the team at Lord's and hoping they can continue our good form. It's been a fantastic competition to be involved in and I've really enjoyed it," Mandhana said in her statement.

Mandhana in The Hundred

Indian skipper Harmanpreet Kaur was also ruled out of the league early in the season. Kaur was part of Manchester Originals in The Hundred and withdrew after suffering a quad injury. Manchester Originals had said they would not replace Harmanpreet Kaur. The Indian batter played three innings for the Originals where she scored 104 runs at a strike rate of 109.47. Other Indians who are part of The Hundred are Shafali Verma (Birmingham Phoenix), Deepti Sharma (London Spirit), and Jemimah Rodrigues (Northern Superchargers).

WE RECOMMEND
The Hundred: Jemimah Rodrigues feels 'people in India will kill her', read to know why
Joe Root thinks Cricket's 'The Hundred' format will work best if it's included in Olympics
Mahela Jayawardene speaks about one rule from 'The Hundred' that cannot be used in IPL
Shafali Verma goes beserk as Birmingham Phoenix demolish Welsh Fire in The Hundred; WATCH
Smriti Mandhana pens heartfelt note post England tour; applauds team's fighting spirit