Sourav Ganguly has a hilarious take while answering the reason behind choosing Rahul Dravid as the head coach of India while speaking at Sharjah. 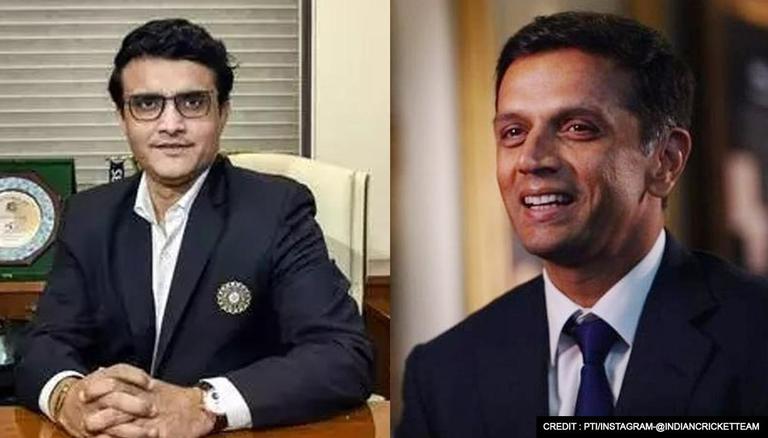 
Board of Control for Cricket in India(BCCI) president Sourav Ganguly replied to a question being asked about the appointment of Rahul Dravid as the head coach of India with a funny take while speaking at the 40th Sharjah International Book Fair. Dravid was named as the successor of Ravi Shastri, who completed his tenure following the conclusion of the ICC Men’s T20 World Cup 2021 campaign. Having taken the team’s baton over from Shastri, Dravid is set to guide India into the upcoming T20I series against New Zealand. Meanwhile, Ganguly said he got a call from Dravid’s son and termed it the reason behind selecting Rahul Dravid as the coach.

As reported by Times Now News, Dravid’s former teammate and the BCCI president said, “got a call from him saying his father was being too strict with him and that he needed to be taken away. That's when I called Rahul (Dravid) and told him that it was time for him to join the national team”. Ganguly also spoke about his time in the Indian cricket team while playing alongside Rahul Dravid. He said, since both of them grew up together and started around at the same time, it was easy for people at BCCI to make Dravid feel welcome and wanted. Ganguly and Dravid made their international debuts in the same Test match at the Lord's, during India's tour of England in 1996. They played together for India for many years and built the entire team around them.

Dravid has already taken charge of the Indian squad, as India gets ready to play the first T20I match against New Zealand on Wednesday, November 17. Dravid will guide the Indian team under captain Rohit Sharma and vice-captain KL Rahul as Virat Kohli hung his boots as the T20I captain after the T20 World Cup’s completion. Dravid was previously in charge of the India A and Indian Under-19 teams and has proved his mettle as a coach. However, this will be the first time Dravid will find himself in the Indian dressing room after his retirement as a player in 2011 and he will look to start the new chapter on a high.