SPB vs BGR Dream11: Get all the match details, weather and pitch report and probable playing 11s for the upcoming Dream11 Vincy Premier League 2021 game. 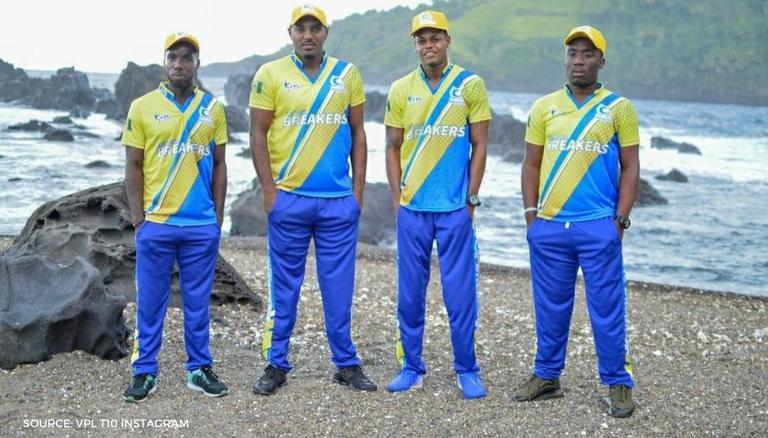 
The Salt Pond Breakers will take on the Botanical Garden Rangers in the 19th match of the Dream11 Vincy Premier League T10 2021. The match is set to begin at 9:00 PM IST (11:30 AM local time) from the Arnos Vale Sporting Complex, St Vincent on May 24, 2021. Here is our SPB vs BGR Dream11 prediction, team, and fantasy top picks.

With just six group stage matches remaining at the Dream11 Vincy Premier League T10 2021, the Salt Pond Breakers and the Botanical Garden Rangers will clash hoping to make it into the top four. The 2019 champions and 2020 runners-up, the Breakers are in 4th place on the table with two wins and three losses. The side will be disappointed as they come into this game on a three-match losing streak, especially considering that they won their first two games in a row.

Meanwhile, winless in the league and in the last place on the table, the Botanical Garden Rangers find themselves in a tough spot this season. Approaching the end of the group stages of the tournament, the Rangers have failed to win a single one of their games and will not qualify to round two. They will come into this game having lost their last match to the Fort Charlotte Strikers by ten wickets. This will be the first match between the two teams this season.

SPB's Sunil Ambris and Seon Sween - the 8th and 9th best scorers in the tournament - will be the best batsmen in this draw.  Jevon Samuel and Ambris will also be the best bowlers in this match, having taken 6 and 5 wickets respectively so far.

The pitch at the Arnos Vale Sporting Complex has been a bowling-friendly one through the series. With an average first innings score of 92 and almost 10 wickets falling in each game, we expect this match to have a score of 80-90. Going by previous matches and expected weather conditions, the captain winning the toss should choose to bat first. Accuweather predicts no rain during the game. The temperature is expected to be around 30°C, with 68% humidity and 45% cloud cover.

Delorn Johnson and Sunil Ambris will be perfect options as captain or vice-captain.

According to our SPB vs BGR Dream11 prediction, the Salt Pond Breakers will edge past the Rangers and win this match.