Sri Lanka Vs Australia Live Streaming: How To Watch SL Vs AUS 2nd T20I Online And On TV?

After winning the 1st T20I match on Tuesday, Australia has set their sights on wrapping up the series by winning the 2nd T20I against Sri Lanka on Wednesday. 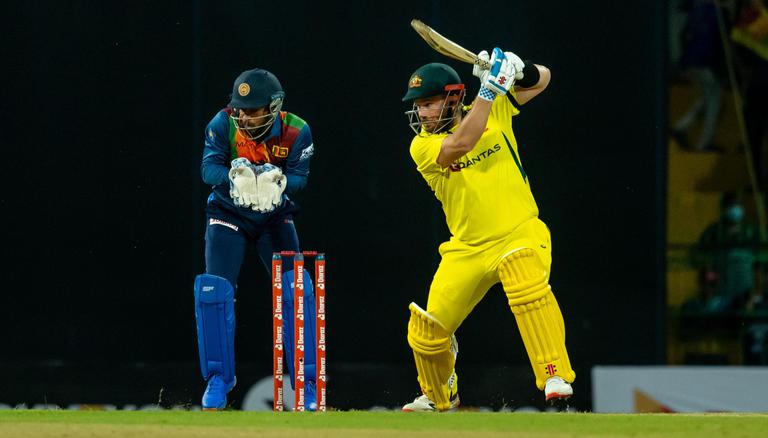 
Sri Lanka and Australia are set to face each other in the 2nd match of the three-match T20I series which will be played at R Premadasa Stadium in Colombo on Wednesday, June 8. Australia has already taken a 1-0 lead in the T20I series after winning the first T20I match by 10 wickets on Tuesday, June 7. Host Sri Lanka on the other hand will be looking to bounce back and keep the series alive by winning the 2nd T20I. Let's take a look at Sri Lanka vs Australia Live Streaming details and Sri Lanka vs Australia watch online details

Sri Lanka vs Australia: How to watch the series in India?

Cricket fans in India, who want to catch the live broadcast of Sri Lanka vs Australia T20I series can do that by going to Star Sports Network.

Speaking about Sri Lanka vs Australia live streaming the match is available on the Disney+ Hotstar app and website. The T20I matches in India will begin at 7:00 p.m. IST.

Not the start we wanted, but we will look to bounce back in the matches ahead. #SLvAUS #CheerForLions pic.twitter.com/ximU8KNUGg

Sri Lanka vs Australia: How to watch the series in Sri Lanka?

Sri Lanka vs Australia: How to watch the series in Australia?

Cricket fans in Australia can watch the live broadcast of the series on Fox Sports. The live streaming will be available on Kayo Sports, which can be accessed for free on a 14-day free trial plan. In Australia, the T20I matches will begin at 11:30 p.m. AEST (local time).

In the first match, the T20 World Champions Australia put up a solid performance to crush Sri Lanka and take lead in the three-match series. Australia skipper Aaron Finch won the toss and elected to bowl first. The Sri Lanka team got off to a solid start with openers Pathum Nissanka and Gunathilaka putting up 50 runs stand at the end of the powerplay. The home was cruising at 110/2 at the end of 12 overs and was set to put up a strong total on the scoreboard.

However, the Australian team never stopped searching for wickets and when they get the breakthrough, the T20 World Champions pull back things against the hosts. Josh Hazlewood was the pick of the bowlers taking 4 wickets and giving away just 16 runs in his four overs. Sri Lanka managed to score just 28 runs in their last eight overs and was bundled out on 128 in 19.3 overs.

Chasing 129 runs for victory, Aaron Finch and David Warner then led the charge stitching a solid opening partnership for the opening wicket. While Finch stayed unbeaten on 61 runs, David Warner played an unbeaten knock of 70 runs to help the team chase down the total in 14 overs.