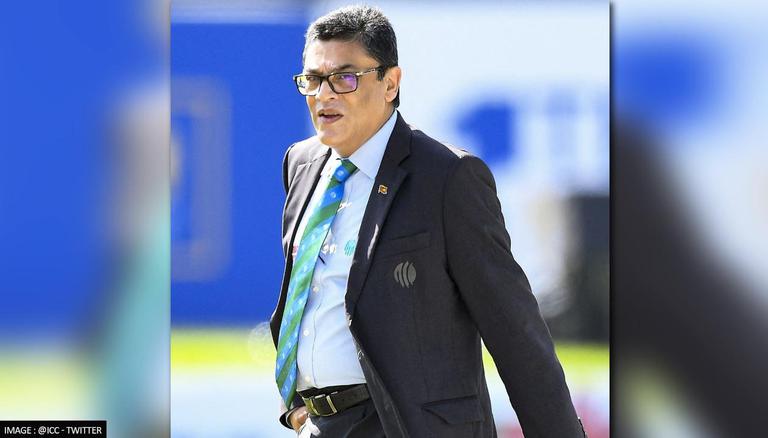 
Former Sri Lankan cricketer Ranjan Madugalle on Sunday became the first match referee to officiate in 200 Test matches. Ranjan Madugalle, who is the Chief Referee of the Emirates ICC Elite Panel of Match Referees, reached the landmark in the ongoing first Test between Sri Lanka and the West Indies in Galle. To mark the achievement, Madugalle was presented with mementoes on behalf of Sri Lanka Cricket (SLC) and by SLC Vice President Dr Jayantha Dharmadasa and SLC CEO Ashley de Silva, respectively.

The International Cricket Council (ICC) took to its Twitter handle and congratulated Ranjan Madugalle for his historic achievement. ICC Senior Manager – Umpires and Referees, Adrian Griffith in an official release lauded the former Sri Lankan cricketer and called him a great asset for his work and experience dedicated to cricket over the years.

"Ranjan has been a tremendous asset over the years and a significant source of inspiration for others. We have benefitted from his experience and work ethic, as someone you can turn to for guidance. On behalf of the ICC, I would like to thank Ranjan for his years of service to the game and congratulate him on a wonderful career. We hope to continue benefiting from his expertise in the years to come,” said Adrian Griffith, ICC Senior Manager – Umpires and Referees.

It's business as usual for Ranjan Madugalle 💼

He brings up 200 Test matches as Match Referee 👏 pic.twitter.com/eWaex9iHsc

Madugalle also expressed his elation and stated that he is honoured and privileged to officiate in 200 Test matches and called it a massive milestone. "It is an honour and a privilege to be officiating in my 200th Test match, for it is not a milestone I had never imagined I would reach. Whilst it has taken a long time, it seems just the other day that I had taken on this role because I have enjoyed every bit of the journey," said Madugalle as per ICC's official release.

“This is obviously what dreams are made of and I continue to be passionately involved with the game and in my role while liaising with my colleagues from the world over. The passion obviously comes from my time as a player and it is my good fortune to have remained connected so closely with the game. I thank the International Cricket Council, Sri Lanka Cricket and all my colleagues over the years for all their help. My thanks are also due to my family and friends, without whose support it would not have been possible to have come this far,” added Madugalle.

Apart from 200 men’s Test matches, Madugalle has also officiated in 369 men’s ODIs and 125 men’s T20Is. He has also supervised 14 women’s ODIs and eight women’s T20Is. He was appointed an ICC Match Referee in 1993. His first assignment was the Test between Pakistan and New Zealand in Karachi in December 1993 with a first ODI shortly afterwards.

Coming to his cricketing career, Madugalle enjoyed a decade-long international career for Sri Lanka as a cricketer, in which he played 21 Test Matches and 63 ODIs. He captained Sri Lanka in his final two Tests.