Back in March this year, Steve Smith made an announcement about launching his very own YouTube Channel called "The Steve Smith Cricket Academy". 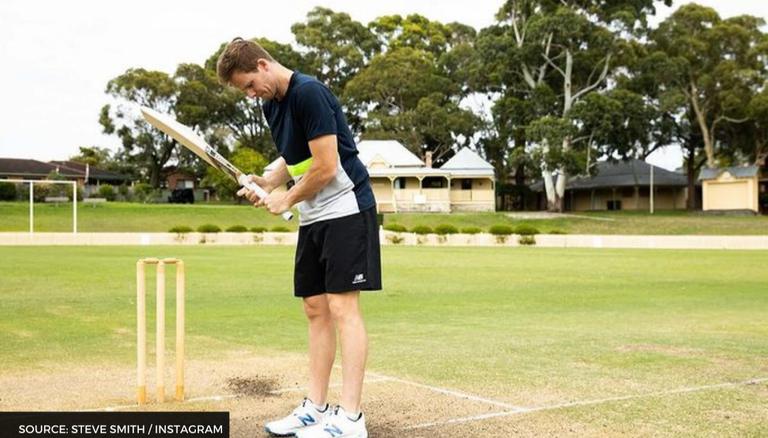 
Over the years, cricket fans around the world have loved watching former Australia skipper Steve Smith bat thanks to his unique batting stance. Not only Smith's unusual batting technique makes it difficult for bowlers to get him out, but it has also fetched him great results due to which he is considered as one of the best batsmen in world cricket right now. Despite being around in international cricket for 10 years, the Australian continues to rely on his unusual batting methods and recently Smith provided some batting masterclass for his fans through the Steve Smith YouTube channel.

All you need to know about Steve Smith You Tube channel

Back in March this year, Steve Smith made an announcement regarding launching his very own Youtube Channel. The Steve Smith YouTube channel called "The Steve Smith Cricket Academy" is all about the cricketer sharing insights on various aspects of the game. The various videos on Steve Smith's YouTube Channel feature the cricketer himself giving an insight on game day preparations, techniques on how to hold the bat correctly, how important it is to maintain fitness level at international cricket and much more.

On Tuesday, the Australian cricketer shared a post on his Instagram handle in which he wrote how important it is for batsmen to protect the stumps and why marking a guard at the crease is important. He even asked his fans to keep an eye on his Youtube channel for further knowledge. Here's the post shared by Steve Smith:

The 32-year-old is set to miss cricket action for some time after he was dropped from the Australian side owing to an injury. It has been revealed that the cricketer will miss the West Indies and Bangladesh tours due to an elbow injury. According to head selector Trevor Hohns the World No. 1 Test batsman will now use the time to fully recover from his injury ahead of the T20 World Cup 2021 and the home Ashes series. The elbow injury also puts his participation in doubt for the remainder of the IPL 2021 season. The Steve Smith IPL 2021 journey was cut short halfway after the tournament was called off due to COVID-19 cases inside the bio bubble.

Steve Smith recently dethroned New Zealand skipper Kane Williamson from the top spot of the ICC Test rankings for the first time since the Boxing Day Tests last year. As per an ICC release, Williamson, who missed the second Test against England at Edgbaston due to injury after scoring 13 runs in the drawn first Test at Lord’s, has slipped five points behind Smith’s 891 rating points and is second in the batters’ list. The Australian batting mainstay has now been at the top for 167 Tests played worldwide in total, only behind Garry Sobers (189 matches) and Viv Richards (179 matches).