The Adelaide Strikers will lock horns with the Sydney Sixers in Match 26 of the Big Bash League 2020 on January 3. Here's our STR vs SIX Dream11 prediction.

The Strikers lost their previous match to the Scorchers by 7 wickets and will be eyeing to register their fourth win of the season by winning the match versus an in-form Sydney Sixers. Currently, the Strikers are fourth on the points table with13 points from 6 matches with 3 wins and 3 losses. The Sixers, on the other hand, were facing Brisbane Heat at the time of writing this on Saturday.

A win in that match would have taken them at par in terms of points with current leaders Sydney Thunder. The previous contest between these two sides ended with the Sixers winning the match comfortably by 38 runs. The Sixers will look to make it two wins out of two, while the Strikers will look to even the score. A fascinating contest can be expected between these two sides. 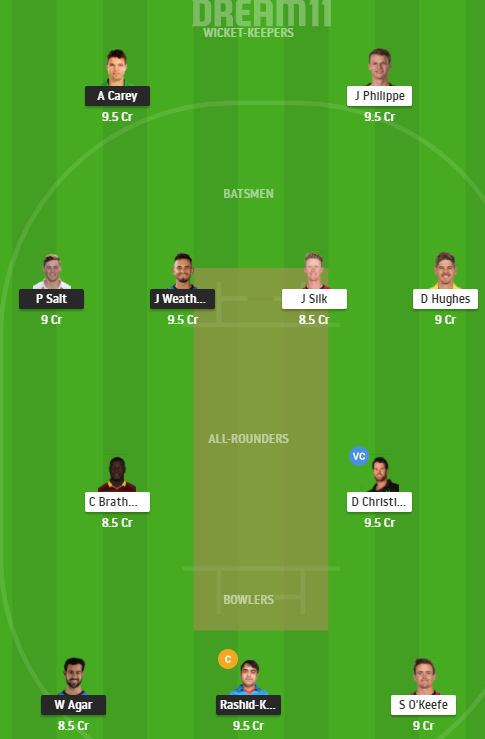 As per our STR vs SIX Dream11 prediction, SIX should be the favourites to win the match.