Ahead of this match, the Strikers lost to bottom-ranked side Melbourne Renegades by 6 wickets in their previous match. As a result of that loss, they still sit at fourth spot and missed out on the opportunity to move inside top three on the points table. They have won only once in their last 4 matches and will look to bounce back with a win.

COMING UP after the cricket: more cricket!

The Stars, on the other hand, have dropped down the points table and are 7th in the 8-team competition. They too like the Strikers have just 1 win from their last 4 matches and a win in this match will help them to move up the points table. They lost their previous match to Brisbane Heat by 18 runs under DLS method. This match promises to be a cracking contest. 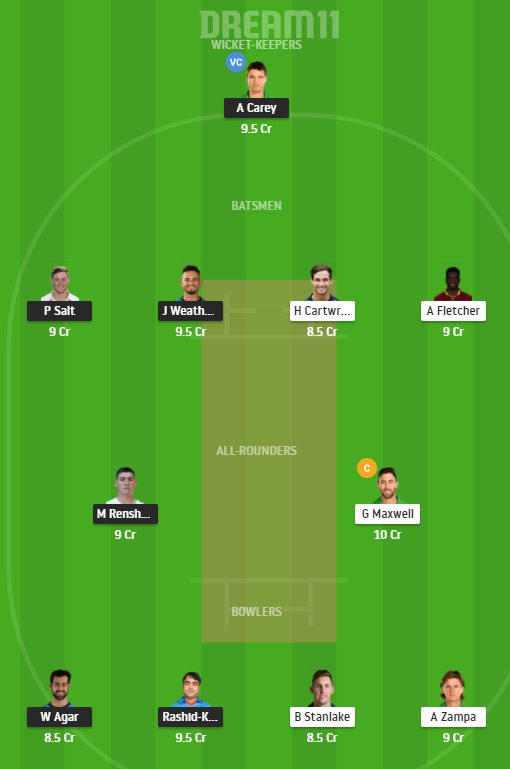 As per our STR vs STA Dream11 prediction, STR should be the favourites to win the match.