As Team India lost to England on Saturday by an innings and 76 runs, skipper Virat Kohli's lean patch in the English condition has started to worry the fans. 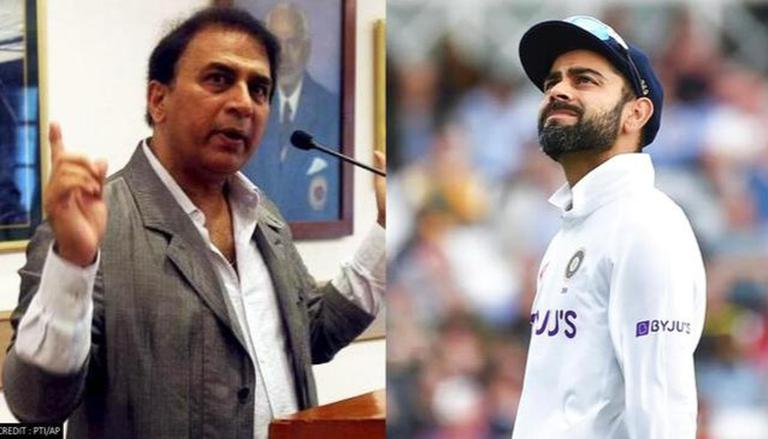 
As Team India lost to England on Saturday, 28 August 2021, by an innings and 76 runs, skipper Virat Kohli's lean patch in the English condition has started to worry the fans. Even many cricket experts have outlined Virat Kohli is doing the same mistake ever since India started its campaign in England including the recently concluded World Test Championship (WTC) Final. Now, India's former cricketer and batting legend Sunil Gavaskar has pointed out that despite Kohli's lean patch in England, the Indian skipper does not need to make too many changes except for one thing.

Speaking to Sony Sports Sunil Gavaskar refuted that Virat Kohli is standing too much outside the crease and therefore ending up poking the ball outside the off-stump. The 'Little Master' pointed that it is not the technique but Virat Kohli needs to check his shot selection as his intent shows that he is always trying to score runs on difficult English pitches.

"At the moment, we talk about intent. There is 'intent' question against Pujara. Here it seems the intent is to get runs. It means there are deliveries you're playing when you should be leaving those," added Gavaskar.

"See how far from the body the bat is, that is what is getting him intro trouble. He is reaching out. So it's hard hands stuff that is getting into trouble. I don't think standing outside the crease is a worry. If you play closer to your body, you play and miss it. There is no harm in playing and missing it," Gavaskar further stated.

Earlier, Gavaskar had urged Virat Kohli to call India's batting legend Sachin Tendulkar and seek his guidance to excel in the English condition. Gavaskar said this after Kohli was dismissed by James Anderson in the first innings in Leeds.

“He should give a quick call to SRT (Sachin Ramesh Tendulkar) and ask what should I do?" said Sunil Gavaskar on air.

Sachin Tendulkar had a poor series but eventually found success in the series-deciding fourth Test match at the Sydney Cricket Ground where he scored 241.

“That is a bit of a worry for me because he is getting dismissed at the fifth, sixth, and even seventh stump. In 2014, he was getting out more around the off-stump," Gavaskar added.

"Do what Sachin Tendulkar did at Sydney. Say to himself that I am not going to play the cover drive," the batting legend further added.