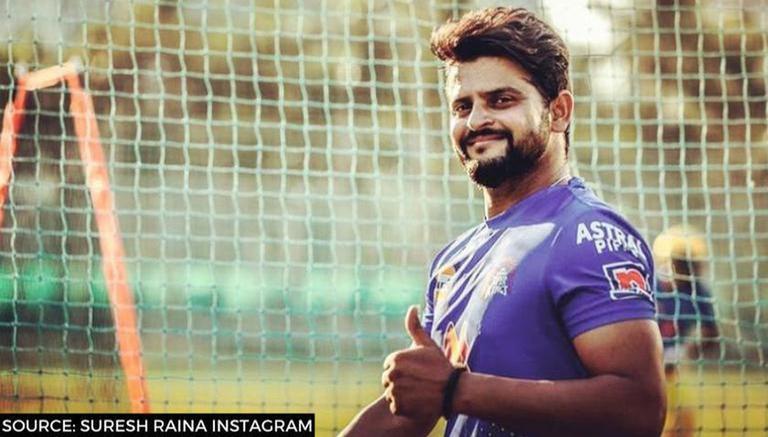 Former Indian cricketer Suresh Raina announced his retirement from international cricket last year on August 15. The southpaw, who was a part of the 2011 World Cup-winning squad, was one of the key assets for Team India due to his aggressive batting, along with his part-time spin. Raina was also widely regarded as one of the best fielders in the Indian team.

Raina, who is into the second innings of his life, released his autobiography 'Believe' last week. The Suresh Raina autobiography takes people on his journey of all 'ups and downs' in his illustrious cricketing career. The former cricketer has been busy promoting his autobiography.

On Monday, Raina took to Instagram and shared a photo with Minister of Youth Affairs and Sports, Kiren Rijiju. In the photo, the Chennai Super Kings star is seen presenting the Suresh Raina autobiography to the Minister. In the caption, Raina thanked Rijiju for taking time out to meet him. The cricketer also stated that he is eagerly awaiting Kiren Rijiju's feedback.

Raina wrote, "I'm so thankful to @kiren.rijiju Sir for taking out your time & meeting me to acknowledge my book. Hope this book inspires many more to #Believe in themselves and go beyond. Looking forward to your feedback! #believe".

According to Kreedon.com, the Suresh Raina net worth is approximately ₹180 crore. Before begin dropped from the BCCI's central contracts list for the 2019-2020 season, Raina earned a hefty salary of ₹1 crore from the board per year. Following in his CSK skipper's footsteps, Chinna Thala announced his retirement from international cricket in August 2020. A constant in the IPL since its inaugural year, Raina has earned a whopping ₹110.74 crore from the league alone. Besides this, he also cashes in from endorsements and the baby care brand - 'Maate' - he co-owns with his wife.

The Suresh Raina stats in international cricket are pretty impressive. Known as a white-ball specialist, Raina’s figures in ODI’s and T20I’s are just staggering. Since his debut in 2005, Raina has featured in 226 ODIs and 78 T20Is for the national team. The left-handed batsman has registered 5,615 ODI runs at a healthy average of 35.31 in ODIs and stacked up 1,605 T20I runs at an average of 29.18 in the shortest format of the game.

Disclaimer: The above Suresh Raina net worth information is sourced from various websites and media reports. The website does not guarantee a 100% accuracy of the figures.