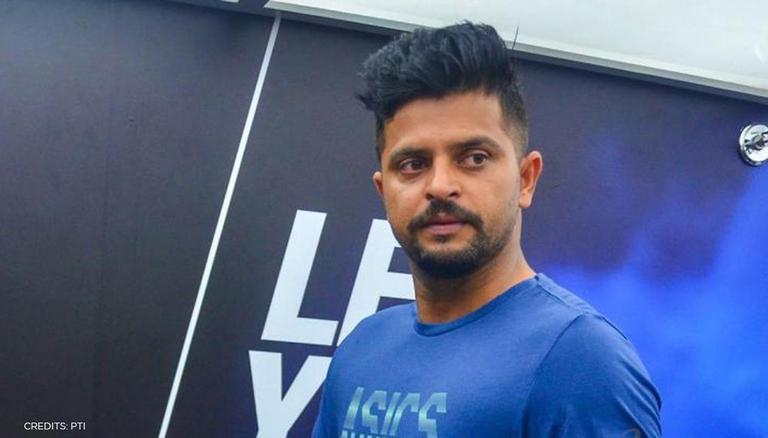 
Former Team India cricketer Suresh Raina has come forward to offer his last respects to Indian Air Force pilot and Squadron Leader Abhinav Choudhary. It has been recently learned that Choudhary has been martyred due to the crashing of his MiG-21 Bison fighter aircraft. Even as more details about his plane crash continue to emerge, citizens and celebrities from across the country have been sending their condolences and tributes on social media.

Taking to the micro-blogging site, Raina wrote that he is extremely saddened to hear about the demise of Squadron leader Abhinav Chaudhary. The veteran middle-order batsman then added that it is an unbearable loss for the family and concluded by offering his deepest condolences to the late pilot's family.

Extremely saddened to hear about the demise of Squadron leader Abhinav Chaudhary. It’s an unbearable loss for the family. May his soul rest in peace. My deepest condolences to his family. pic.twitter.com/HPMuGb5E6V

On Friday, the official handle of the Indian Air Force made the announcement on social media calling his demise a  'tragic loss' and said that it 'stands firmly with the bereaved family'.

The martyred soldier’s aircraft had taken off for a training sortie from Suratgarh Air Force Station and headed towards Jagraon, completing the practice. The pilot was on his way back to Suratgarh when his aircraft eventually crashed.

There was an aircraft accident last night involving a Bison aircraft of IAF in the western sector. The pilot, Sqn Ldr Abhinav Choudhary, sustained fatal injuries. IAF condoles the tragic loss and stands firmly with the bereaved family.

At the same time, IAF also informed that a Court of Inquiry has been ordered to ascertain the cause of the accident.

An Indian Air Force (IAF) MiG-21 Bison fighter aircraft crashed near Moga in Punjab late Friday night. According to IAF officials, the MiG-21 was on a routine training sortie when the incident occurred. As per reports, the body of the pilot - Squadron leader Abhinav Choudhary has been recovered 2 kilometers away from the crash site after police launched the search operation.

According to reports, the aircraft took off and began its sortie from Suratgarh Air Force Station and headed for Jagraon where it completed its practice. Following that, the MiG-21 began heading back to Suratgarh, when the incident was reported. In addition, it is also being said that heavy rain during the night in Moga may be one of the reasons for the incident. The local police personnel too faced hurdles during their search operation to recover the body.

The Halwara IAF station situated nearby was also informed about the incident by senior police officials and teams reached the crash site and launched the investigation. Following this, fire tenders, medical teams and ambulances were also rushed to the spot where the debris of the MiG-21 was found.

READ | Suresh Raina reveals MS Dhoni's prophetic '3 words' after CSK bought them both for IPL
First Published: 22nd May, 2021 08:11 IST
SUBSCRIBE TO US