With IPL 2021 suspended, Suryakumar Yadav is spending a lot of time on social media where he is seen giving interviews and commenting on his teammates' posts. 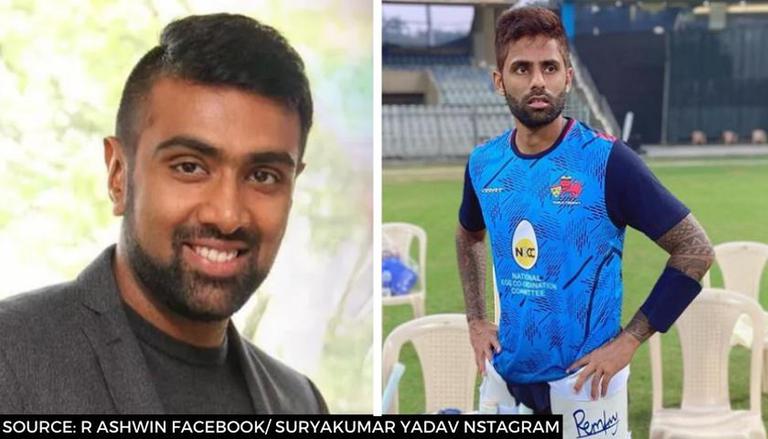 Mumbai Indians batsman Suryakumar Yadav has had an astounding last few months. The right-hander reaped rewards of his consistent performances in the domestic circuit and the IPL as he got the opportunity to represent India in the T20I series against England a couple of months ago. Suryakumar carried his form into the IPL 2021 before the tournament was called off due to the emergence of COVID-19 cases in the bio-bubble.

Ashwin took to Twitter and shared the news by posting a screenshot of the same. However, it was his witty caption that left fans in splits. The 34-year old used the popular phrase 'the sky is the limit', thus referring to the batsman's nick name 'SKY' which are also the initials of his full name.

SKY is the limit😂😂🤩 pic.twitter.com/N4I2QoPaXk

On Friday, Ashwin came up with a valuable suggestion as he wishes a new rule to be introduced in cricket that will benefit the bowlers in an era when the game is dominated by the batsmen. In fact, Ashwin has proposed a new concept while replying to former batsman Sanjay Manjrekar on social media. It so happened that Manjrekar had earlier urged passionate cricket fans to share their thoughts about what they think of some aspects of the game mentioned in the column of a daily publication that has peeved him a little bit.

READ | Should IPL 2021 have been in UK? Mark Butcher taunts ECB for 'Missed Opportunity'

The cricketer-turned-commentator/analyst also asked the fans and readers to let him know what rule changes they would make to better their viewing experience. As soon as it came to Ashwin's notice, he came forward and wrote that free hit is a great marketing tool and has captured the imagination of all the fans. The Tamil Nadu offie then mentioned that he wants a free ball introduced ll for the bowlers every time a batter leaves the non-strikers end early and concluded by saying that a wicket of that ball will reduce 10 runs off the bowlers' analysis and total.

Come on @sanjaymanjrekar ,free hit is a great marketing tool and has captured the imagination of all the fans.
Let’s add a free ball for the bowlers every time a batter leaves the non strikers end early, a wicket of that ball will reduce 10 runs of the bowlers analysis and total https://t.co/XdwrhHECnv

In other R Ashwin news, he has been very vocal about several off-the-field issues such as the origin of coronavirus, the sexual abuse of a young girl in South India and so on. Meanwhile, R Ashwin is an instrumental part of the India squad for WTC Final that will take on New Zealand. The WTC final will be played at The Ageas Bowl in Southampton from June 18-22. The winner of the contest will be crowned the maiden World Test Champions champions.