Suryakumar Yadav is "happy" with how he began his ODI career for India, but he is "disappointed" with his inability to convert his knocks into big innings. 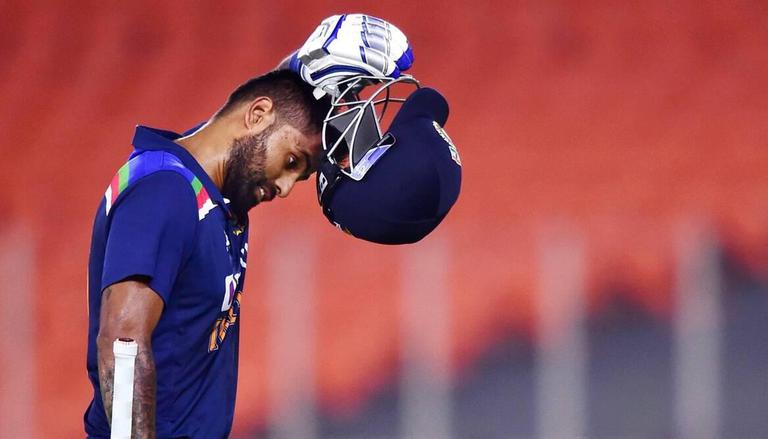 
Indian batsman Suryakumar Yadav is "happy" with how he began his ODI career for India, but he is "disappointed" with his inability to convert his knocks into big innings. The 30-year-old Mumbai cricketer was adjudged the player of the series for his outstanding performances zin all three matches. Yadav scored a total of 124 runs at an average of 62.00 with the highest score being 53 in the second ODI. During the post-match presentation, Yadav said he is disappointed that he couldn't finish the game for India despite getting good starts in the last two matches.

"The way I started the first game, I gained some confidence and second match was a perfect situation to win a game for the team and that was also not the way I play and I got out. really disappointed with that. In the third game as well, I had a good opportunity as wickets were falling on one end and I could have held another end, but couldn't do it. That's the two things I am keeping in mind how do I build from here and that's how you learn," Yadav said in the post-match press conference," Yadav added.

India lost the third One-Day International (ODI) match by three wickets as a much-improved Sri Lanka side chased down a low total of 225 runs. India's top-order batters were unable to convert their good starts into big innings as Prithvi Shaw, Sanju Samson, and Suryakumar Yadav all got out in their 40s. Hardik Pandya and Nitish Rana were also unable to contribute much, falling for 19 and 7 runs, respectively.

Sri Lankan batsmen Avishka Fernando and Bhanuka Rajapaksa provided a good start earlier on as they forged a partnership of 109 runs after Minod Bhanuka fell cheaply. Both scored a half-century before debutant Krishnappa Gowtham dismissed Rajapaksa for 65 off 56. Dhananjaya de Silva continued his poor form as he was caught and bowled by Chetan Sakariya for just 2 runs. Ramesh Mendis finished the game for Sri Lanka with his unbeaten 15 off 18 balls. Despite being on the losing side on Friday, India lifts the bilateral ODI series trophy, courtesy of their two consecutive wins earlier last week.