Yadav last played for India in November against New Zealand. He was a member of India's squad that played New Zealand in a three-match T20I series. 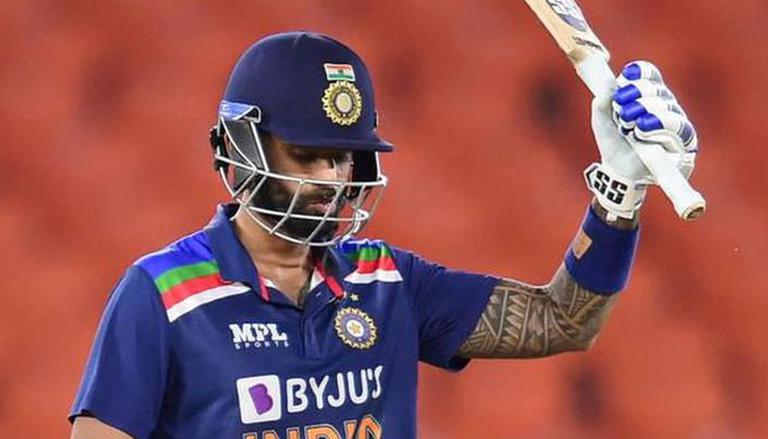 
Mumbai batter Suryakumar Yadav on Thursday smashed a magnificent 122-ball double century while playing a game for his club Parsee Gymkhana in the Police Shield final against Payyade SC. Making a strong case for selection for the upcoming ODI series against South Africa in January, Yadav scored 249 runs off 152 balls, including a whopping 37 boundaries and five maximums. Yadav's knock came on Day One of the three-day final being played at the Police Gymkhana on Marine Drive.

Yadav scored the double ton to help his team Parsee Gymkhana reach a formidable total on Day One of the Police Shield final. Yadav's incredible knock saw his club finish at 524 for nine in 90 overs at stumps on Day One. Yadav took advantage of the small ground at the Police Gymkhana as he kept finding boundaries at regular intervals. Yadav scored his first hundred between lunch and tea and then smashed another one to bring up his double ton.

The 31-year-old was a member of Mumbai's squad in the ongoing Vijay Hazare Trophy, but his team didn't make it past the group round and was eliminated from the competition after playing just four games. Yadav, who was the captain of the Mumbai side, scored 14, 8, 49, and 4 runs in the four matches that he played in the tournament.

READ | IND vs NZ: Suryakumar Yadav or Shreyas Iyer, who'll be picked to bat at No. 4 in 1st Test?

Will Yadav be picked for South Africa ODI series?

Yadav, who made his India debut earlier this year, last played an international match in November against New Zealand. He was a member of India's squad that played New Zealand in a three-match T20I series. Yadav began the bilateral series with a brilliant 62-run performance to help his team win, but he couldn't maintain the momentum and was dismissed for low scores of 1 and 0 in the next two games. In January, Yadav is anticipated to be selected for the ODI series against South Africa.

Meanwhile, India's Test side is currently present in South Africa and is slated to take part in a three-match series, beginning December 26. The first match of the bilateral competition will be played at SuperSport Park in Centurion. The live telecast of the Boxing Day Test is scheduled to begin at 1:30 PM IST on Star Sports Network and Disney+ Hotstar.