Lancashire will lock horns with Derbyshire in the opening game of the T20 Blast 2021 on Wednesday, June 9 at the Old Trafford in Manchester. 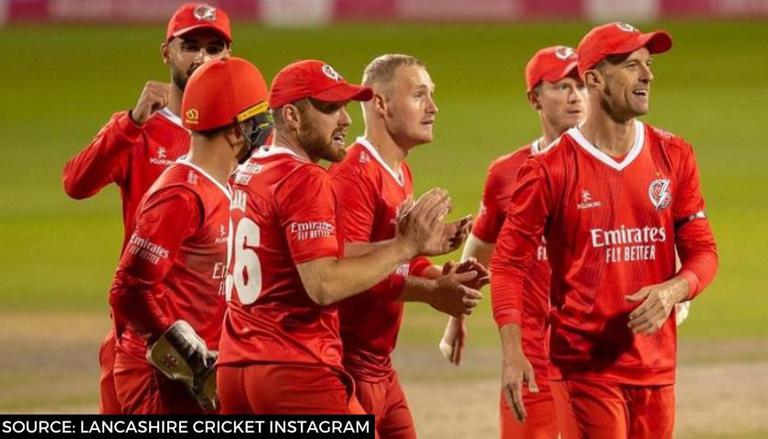 Lancashire had a  brilliant T20 Blast campaign last year as they qualified for the playoffs after finishing second in the group stage with five wins, two losses and two no results from 10 games. However, their tournament was ended after they were defeated by eventual champions Nottinghamshire in the semi-final. Lancashire will look to make amends by going a step further and lifting the trophy this year and winning the tournament opener will be a great way to kick-off their T20 Blast 2021 campaign.

On the contrary, Derbyshire had an abysmal tournament last year. Placed in the North Group, Derbyshire finished last in the points table with just one win from 10 games. They lost seven matches whereas two ended in no result. Alex Hughes' men will look to put behind the dismal campaign and start the T20 Blast 2021 on a high by beating Lancashire. Both sides are filled with some talented players which is why fans are in for an exciting contest.

Who are you most excited to watch? pic.twitter.com/7qivbNYZYE

To watch the Lancashire vs Derbyshire live telecast, fans can tune into the Star Sports Network. Star Sports will broadcast the live coverage of the T20 Blast 2021 in India. Furthermore, fans who wish to catch the T20 Blast live stream can do so on the respective website and YouTube channels of the participating teams. Lancashire vs Derbyshire live scores will be available on the team's social media handles, as well as, the official social media accounts of T20 Blast 2021.

The pitch at Old Trafford has generally favoured the chasing sides. In the 10 T20 games played at the venue, five are won by the teams chasing whereas two have been won by the sides batting first. The average first innings score in the T20 Blast 2020 was 158. The surface here is favourable for batsmen whereas bowlers will get some swing with the new ball. The captain winning the toss is likely to field first as batting will become easier as the game progresses.

According to AccuWeather, the temperature for the Lancashire vs Derbyshire weather forecast is expected to be around 22°C during the commencement of the match. The temperature will pretty much remain the same during the finishing stages (20°C at around 10:00 PM IST). Meanwhile, the humidity levels throughout the course of the match will be moderate and will hover between 56-60%. There will be a significant cloud cover during the entire match but with no real chances of rain, fans are in for a cracking Lancashire vs Derbyshire match.

READ | WTC Final umpires list doesn't include the one India have previously lost a final under
First Published: 9th June, 2021 12:49 IST
SUBSCRIBE TO US