T20 World Cup: A Look Into The Different Jerseys India Has Donned In Last 15 Years 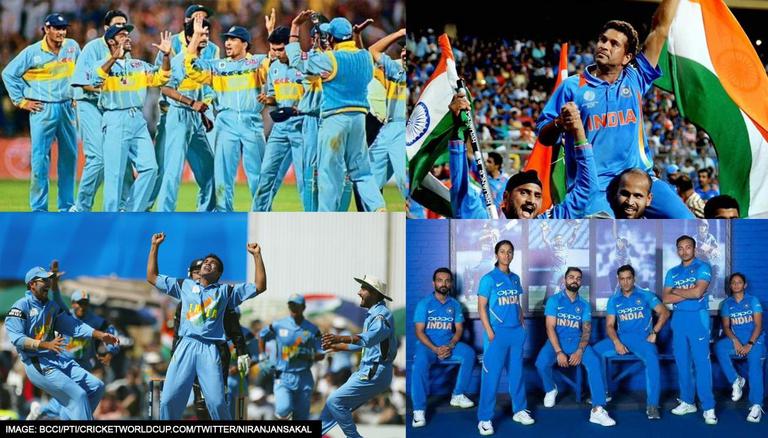 
T20 World Cup 2021 is just around the corner and the Board of Control for Cricket in India (BCCI) is set to reveal Team India’s new jersey on 13th October. The news of revelation has left the fans in joy, who are excited to witness the new kit.

The moment we've all been waiting for!

Join us for the big reveal on 13th October only on @mpl_sport. 🇮🇳

The Indian cricket team jersey has undergone many modifications since India first donned a coloured kit in 1985. It's fascinating to see how the kits have changed over time and across various cricket forms, with each modification implying a fundamental shift in the team's culture. Over the decades, India's jerseys have been evocative of historical events and numerous amazing records set by icons. Many of the jerseys have remained iconic amongst cricket lovers and have served as a source of prestige for the Indian side.

READ | IPL 2021: 3 youngsters who scored 50 after interaction with Virat Kohli

On that note, let’s take a look at some of the most iconic jerseys of Team India.

The 1992 Benson & Hedges World Serie (World Cup), which took place in Australia and New Zealand, was the first iteration of the mega event to feature coloured jerseys for all teams. India wore a navy blue jersey on the shoulders of which were blue, green, red, and white stripes. The word India was inscribed in a light yellow colour in the centre of this classic jersey.

READ | Harbhajan Singh drops hint on IPL retirement; how has he performed in last 3 seasons

Team India wore a unique yellow and blue jersey during their 1994 tour of New Zealand. The outfit featured a mix of the two colours, highlighting India's yellow forefront theme. The upper part of the shirt was yellow, while the bottom half was navy blue.

The Indian tricolour and Ashoka Chakra featured for the first time on the Indian jersey in the 1995 Bank of New Zealand Centenary Series, which included Australia, India, South Africa, and hosts New Zealand. India retained the navy blue colour, with Ashoka Chakra on the right sleeves and the tricolour on the jersey.

READ | T20 World Cup: Why is October 10 one of the most important dates for participating nations

The 1996 Wills World Cup saw India's shocking defeat by Sri Lanka in the semis. In this competition, India donned a light blue and yellow jersey. Yellow collars and multicoloured arrows ran over the chest and along the sleeves of the outfit.

The 1998 Coca-Cola Triangular Series featured three countries: Kenya, India, and Bangladesh. India donned a dark jersey and light blue trousers with narrow stripes on the jersey, which were also adopted by the other teams. 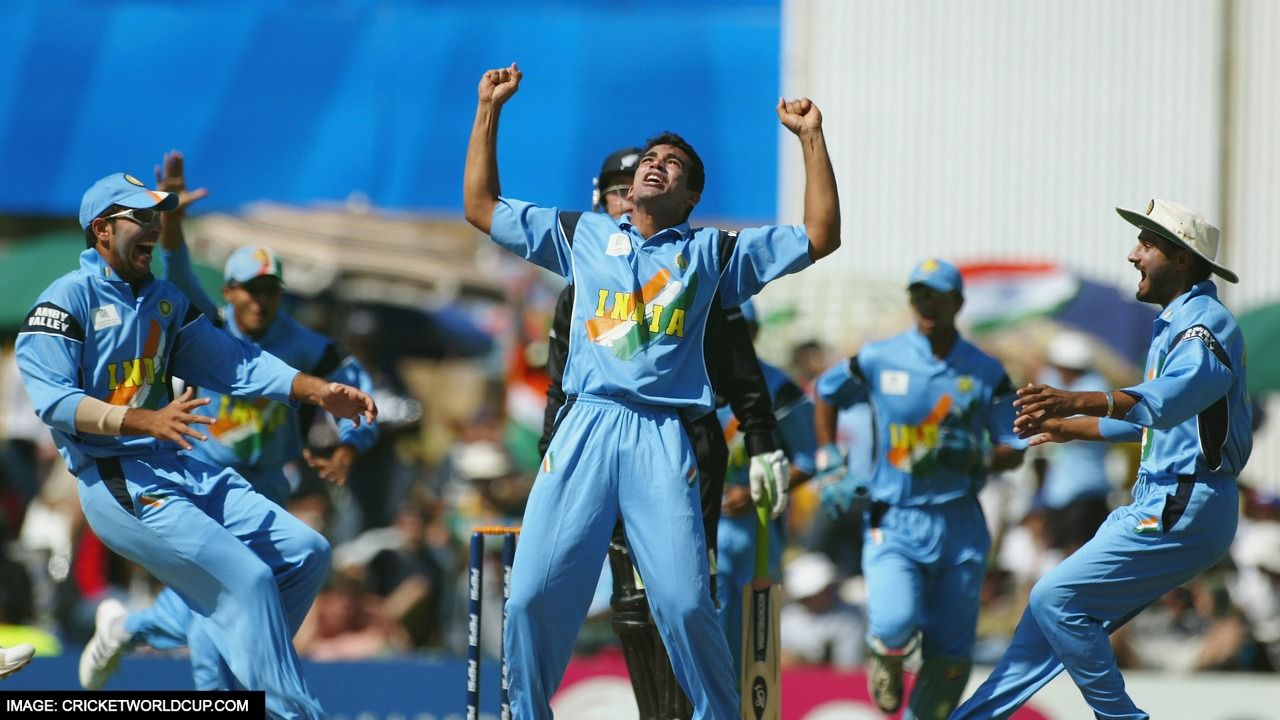 Perhaps one of India's finest campaigns came during the 2003 World Cup. The Indian jersey at this World Cup was a significant improvement over its previous version, and supporters adored it since it featured the name India on the front with a tricolour striped backdrop. The Indian jersey has undergone a significant transformation since then, with the blue growing deeper and the yellow vanishing. 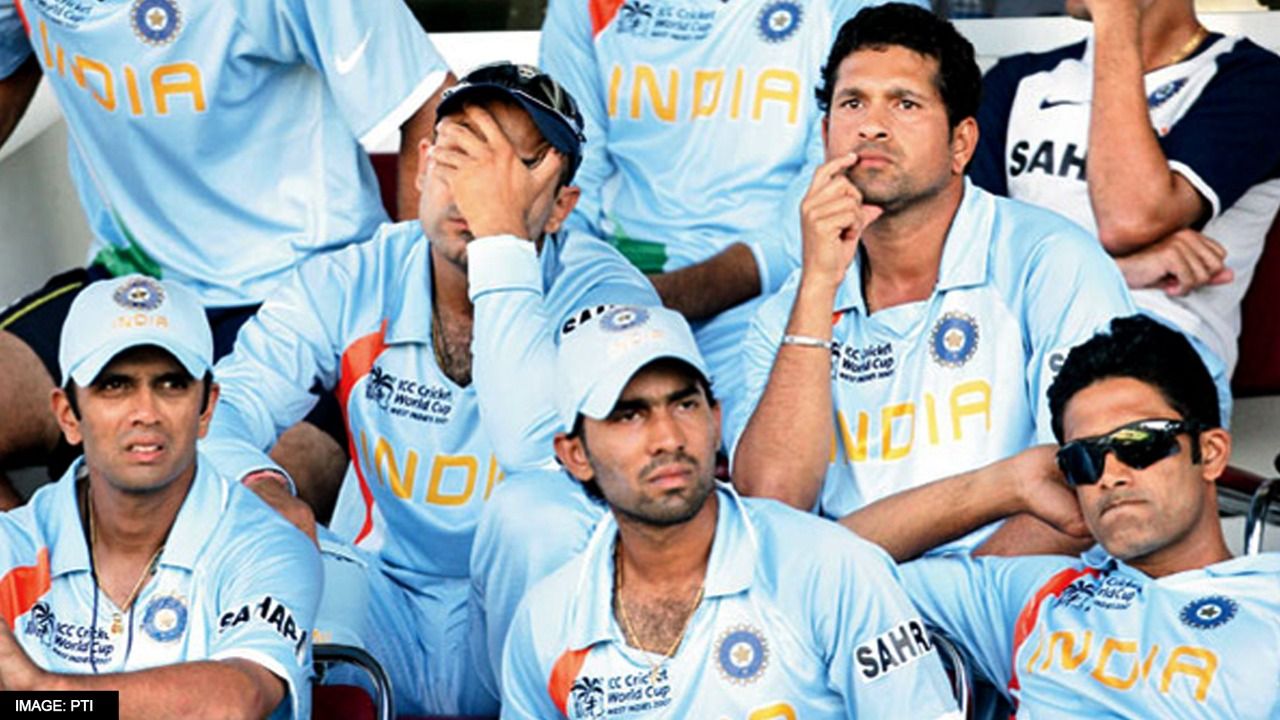 The 2007 World Cup, which took place in the West Indies, was India's biggest failure ever. The team donned a pale blue jersey with the tricolour on the right-hand side and the word 'India' in the centre. 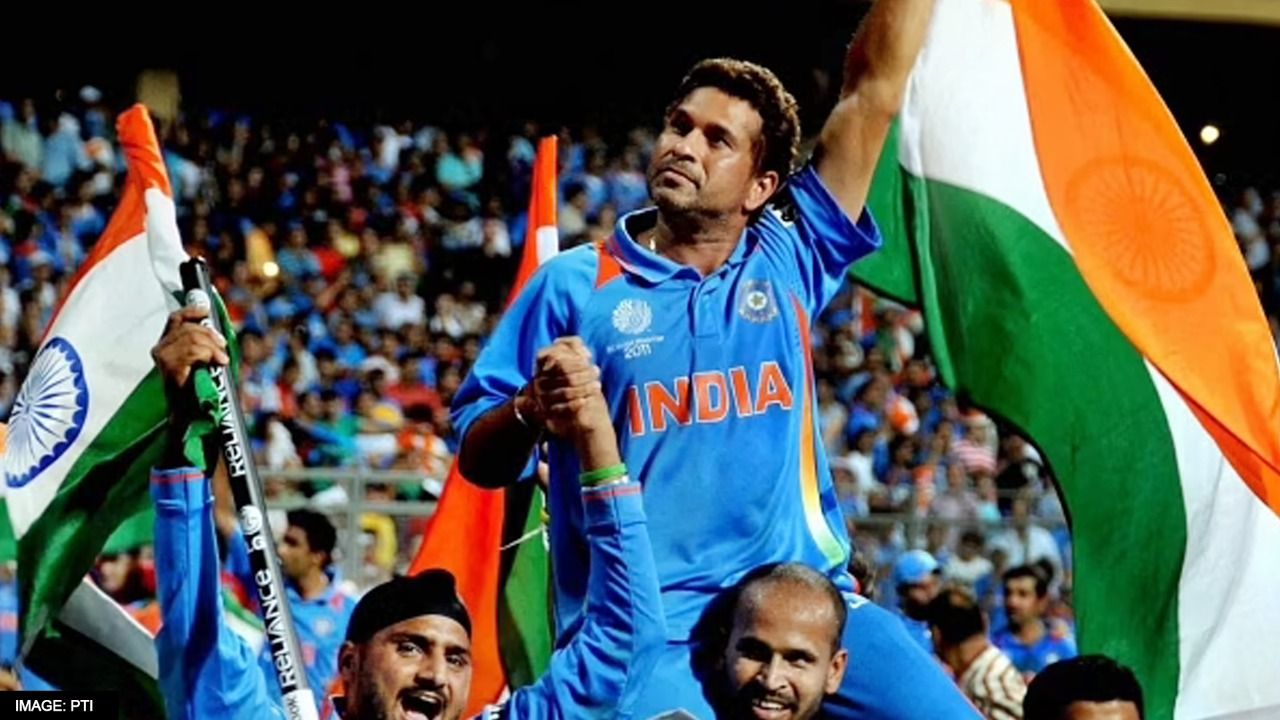 The 2011 World Cup was a noteworthy one for the fans since India won the trophy after defeating Sri Lanka in the finals after a 28-year wait. The team wore a dark blue colour combination with saffron inscriptions for numbers and player names, as well as India in the front. 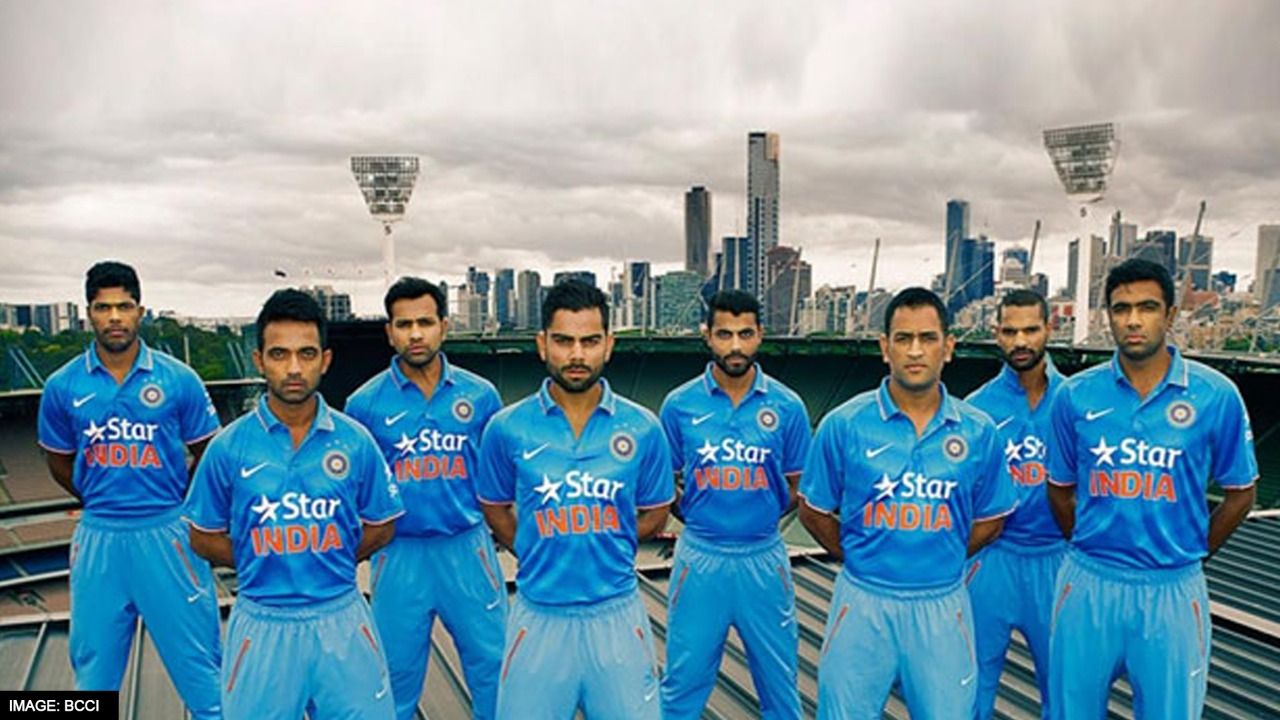 India had a great campaign in the 2015 World Cup until they were defeated by the eventual champions Australia in the semis. The Indian team's kit for this tournament was developed by Nike utilizing 33 recycled plastic bottles to encourage environmental awareness. The layout was identical to India's light blue shirt from the 2011 World Cup, but it also included dark blue lines across the jersey. In addition, the team used a Saffron font with a white border in the centre to write India. 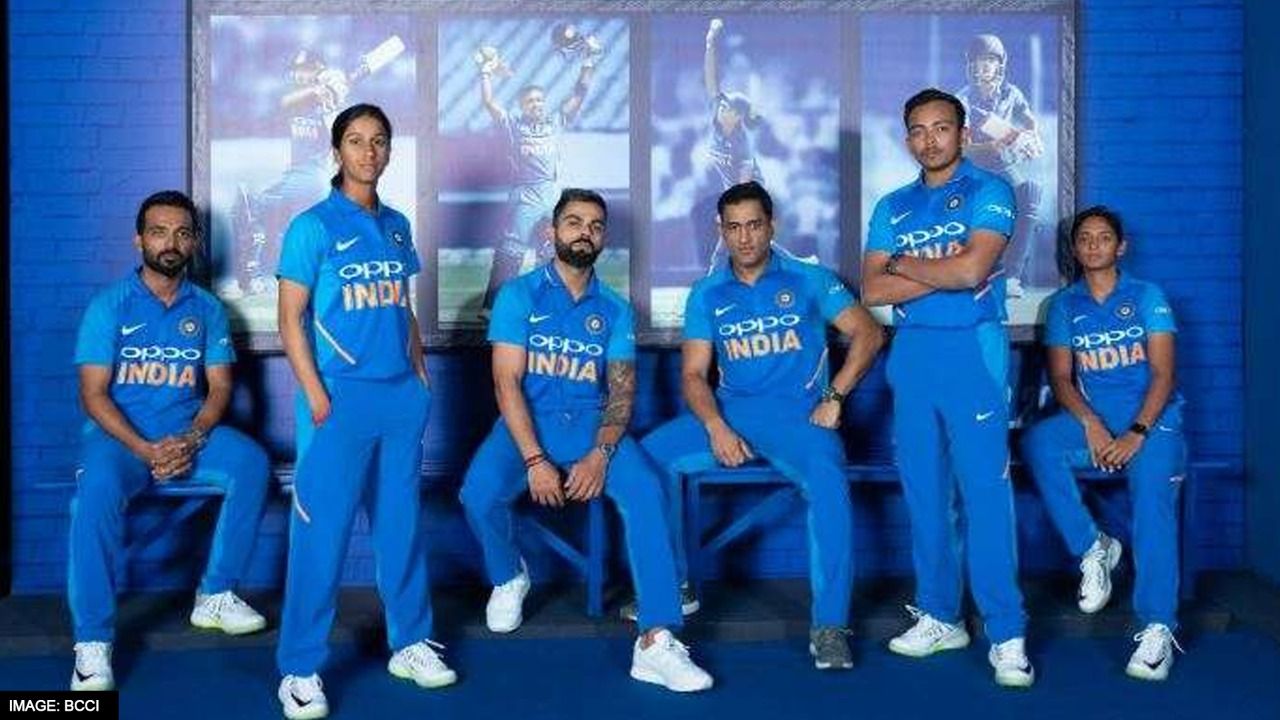 India's World Cup jersey for 2019 appeared to be the finest, with dark blue colours dominating the majority of the kit. India also revealed an away jersey which they wore against England. The sleeves and back of the kit were created in a primarily orange hue, while the front was made in a dark blue tone.