The front part of the two-part T20 World Cup jersey of the Bangladesh Cricket Team is made from recycled jacquard fabric while the back is of mesh fabric. 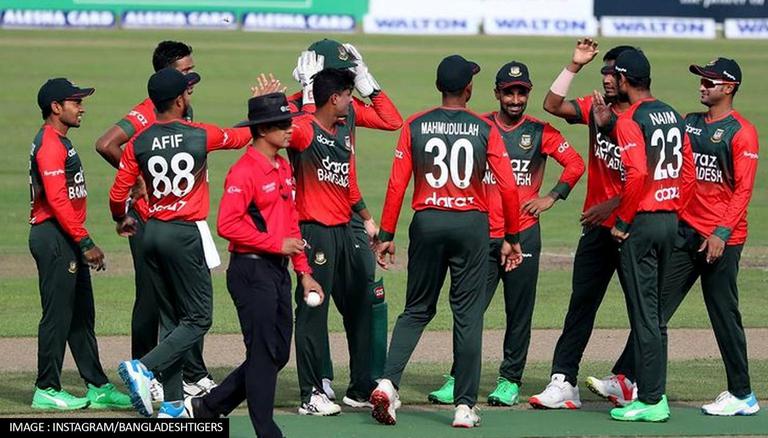 T20 World Cup 2021: All you need to know about Bangladesh cricket team jersey

According to the report by dhakatribune, the front part of the two-part jersey of the Bangladesh Cricket Team is made from recycled jacquard fabric while the back is of mesh fabric to allow air circulation for the players to be slightly relieved from the middle eastern heat. The official launch of the Bangladesh cricket team jersey was done by Bangladesh Cricket Board and its official jersey manufacturer at an unveiling event in Dhaka hotel on Monday.

Mahmudullah Riyad will be leading the team at the World Cup and he will have the experience of Soumya Sarkar, Shakib Al Hasan, Mustafizur Rahman, and Mushfiqur Rahim alongside him. A notable omission from the squad is veteran opener Tamim Iqbal who was the top run-scorer at the 2016 T20 World Cup with 295. In his place, Naim Sheikh and Liton Das will both be looking to impress.

According to a statement by the Bangladesh Cricket board, fast bowler Rubel Hossain was added to the Bangladesh T20 World Cup squad and travelled to Oman for the T20 squad’s training camp as a stand-by. The player is expected to remain with the side for the tournament as an additional squad member.

Team Bangladesh will begin their preparation for T20 World Cup with two warm-up matches against Sri Lanka (October 12) and Ireland (October 14). The team will them start its campaign against Scotland on October 17 followed by a match against host Oman (October 19) and the final match against Papua New Guinea (October 21).