Ahead of England vs India 5th Test, a senior cricketer voiced his concerns about the situation getting worse if a playing member is tested positive. 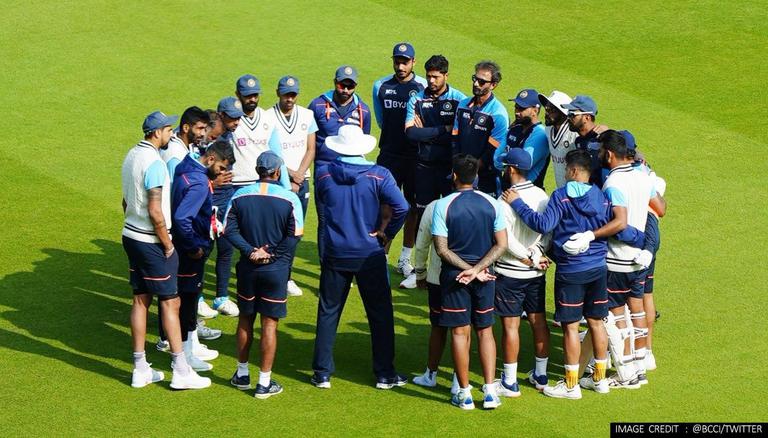 
The 5th match of the England vs India Test series had come into trouble following reports of Team India staff members testing positive for COVID-19. While Team India's junior physio Yogesh Parmar tested positive for coronavirus, ESPNcricinfo reported that the RT-PCR report of the rest of the Men in Blue has returned negative. The England vs India 5th Test will go ahead as per the schedule. However, a recent report suggests that "one senior player" has objected to his participation in the final Test.

The England and Wales Cricket Board (ECB) had asked the BCCI to forfeit the final Test but with tests results of all 21 players returning negative, the match would go ahead as planned. As per a PTI report, a senior cricketer voiced his concerns about the situation turning worse if a playing member is tested positive on one of the match days. It is learnt that ECB chairman Tom Harrison is trying to talk to the high-profile player and address his concerns.

If the situation reaches a dead-end as the player's family wants him to withdraw, then the BCCI might just politely ask him to rest for the game. According to the report, Ravichandran Ashwin could finally get his first game of the series as Ravindra Jadeja is suffering from a leg strain. If the reluctant senior player decides to sit out then Suryakumar Yadav or Hanuma Vihari might get into the playing XI.

Here's how England vs India panned out so far

Currently, India is already 2-1 up in the ongoing five-match Test series against England, courtesy of their wins at the Lord's and at The Oval. In the second Test at Lord's, India secured victory by 151 runs to take a 1-0 lead in the series. The Joe Root-led England team fought back in the third Test and bundled India out for 78 in the first innings en route to a comfortable victory by an innings and 76 runs.

Then, India recently crushed England at the Oval, where the Virat Kohli-led side won by 157 runs. Even if the fifth match goes ahead as planned and England wins, the series will end in a draw as the hosts are currently trailing behind. The fifth Test match is scheduled to start on Friday, September 10, at the Old Trafford ground in Manchester.

READ | England vs India: Umesh Yadav reveals what Virat Kohli told him ahead of fourth test