'They Couldn't Believe It': South African Legend Sides With India In DRS Controversy

India vs South Africa: Shaun Pollock during post-match talk said that India wanted the wicket and was desperate for it. They felt like they had done the job. 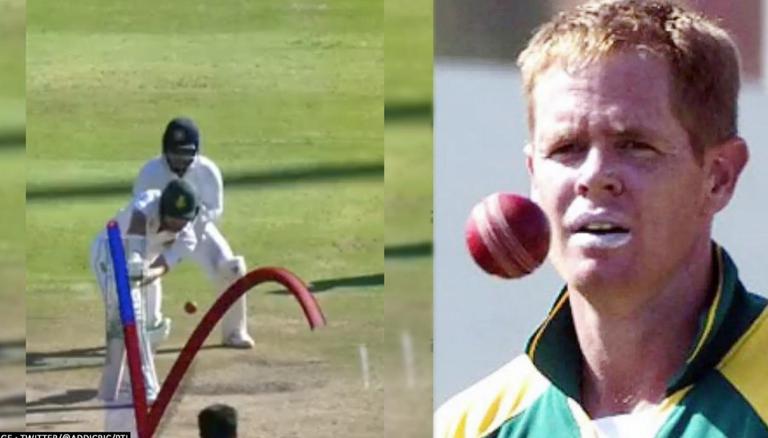 
The DRS controversy involving Dean Elgar has raised questions over the technology with Team India players and fans showing their displeasure over the decision. In the shocking turn of events on Day 3 of the India vs South Africa 3rd Test at Supersports park, onfield umpire Marias Erasmus decision was overturned by the DRS which not only shocked team India players but even the umpire. Team India skipper Virat Kohli was left infuriated and decided to go on an emotional rant over the stump microphone. While fans over social media have been showing their anger on the DRS, Former South Africa skipper Shaun Pollock has put is weight behind the technology.

During the post-match talks, Shaun Pollock was being asked about his thoughts on DRS Controversy to which the former cricketer said

"The Hawkeye was renowned for it's decision making, it's as an independent body and they were best with everything they have got."

He further added, "India was very disappointed with the hawkeye showing that the ball went over the stump. They couldn't believe it and thought that they had the second wicket. The emotion of the game and they need to get the big gluers. They wanted the wicket and were desperate for it. They felt like they had done the job. The disappointment to deal with was hard and the emotion that overflows".

The DRS controversy happened in the 4th ball of the 21st over of South Africa innings. Ravichandran Ashwin had trapped  Dean Elgar LBW. Dean Elgar decided to review the decision which showed that the ball had pitched inside the line and hit Dean Elgar’s pad in middle. However, according to Hawkeye, the ball was going over the leg stump much to the shock of team India players as well as umpire Marias Erasmus who can be heard saying “that is impossible”. Not only Virat and KL Rahul but even Ashwin also vented out his frustration as he came near the stumps and can be heard saying: “You should find better ways to win Supersport.”