Speaking at a fund-raiser event for the Chappell Foundation, Tim Paine had stated that India is very good at creating sideshows and niggling the opposition 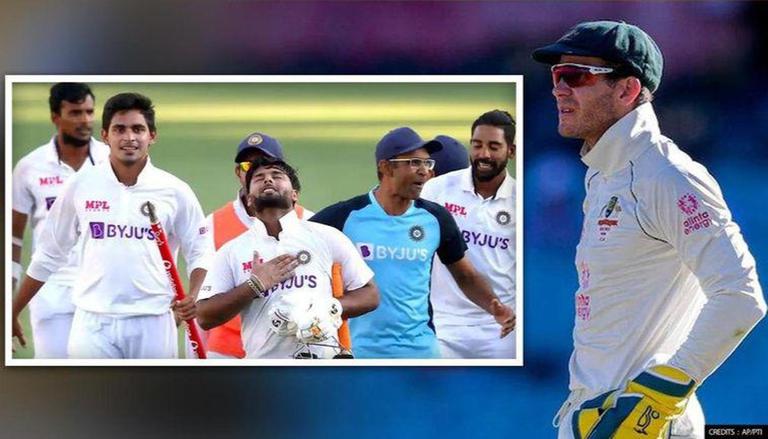 
Australia Test skipper Tim Paine had to face the wrath of Indian fans on social media after he blamed Team India's 'sideshows' as one of the reasons behind the historic series loss. Speaking at a fund-raiser event for the Chappell Foundation, Tim Paine had stated that India is very good at creating sideshows and niggling the opposition with things that don't matter, suggesting his team lost the four-match Test series because they were distracted. Now, Australia's long-format skipper has given his clarification on his comment on the Gilly and Goss podcast.

"But also, I did say that they simply outplayed us and that they deserved to win but they left that one out. The Indian fans have been slamming me on social media. They say that I'm making excuses again but it's all good fun," Paine added.

On facing the heat on social media, Tim Paine said that he loves Indian fans and their passion for cricket. "I love Indian fans. I don't mind getting a bit of stick, particularly when you deserve. They ripped me off in the summer when I dropped those catches, that was totally fair. I love the passion...I love how much they love cricket. I like how much they interact. For some people it's positive interaction... most of the times they are in to me, but I don't mind that," said Australia's skipper.

Following Paine's remark, people on social media also said that the Australian skipper is making excuses for his dismal outing during the India Tour of Australia series as he was not up to the mark with the bat also dropped vital catches. On that Paine said, "Absolutely, I think anytime an Australian captain speaks publicly is gonna to see the light of the day, there's no doubt about that. Like I said, it was a wide-ranging interview for a long period of time. I certainly wasn't making any excuses. I was asked about some of the challenges of the summer, and I said that was one of them for me."

READ | 'I deserve It': Tim Paine has message for fans after blaming India for Gabba Test loss

Notably, India won the Border-Gavaskar trophy 2-1 after coming on the back of a humiliating loss in the first match of the four-match series, where the Kangaroos bowled out the world's number 1 Test team for just 36 runs. The win of Team India against Australia became memorable as many frontline players were ruled out during the series due to injuries. On the other hand, skipper Virat Kohli went back to India after the first test on paternity leave. In fact, many cricket experts after India lost the first match against Australia predicted that the visitors will suffer a humiliating white-wash. However, India's young guns led by Ajinkya Rahane turned the series upside down and breached the fortress of Gabba in the final test to win the series.