Virat Kohli is one of the best captains India has ever had in Test cricket. Out of the 68 Test matches he has captained, the he has led India to 40 wins. 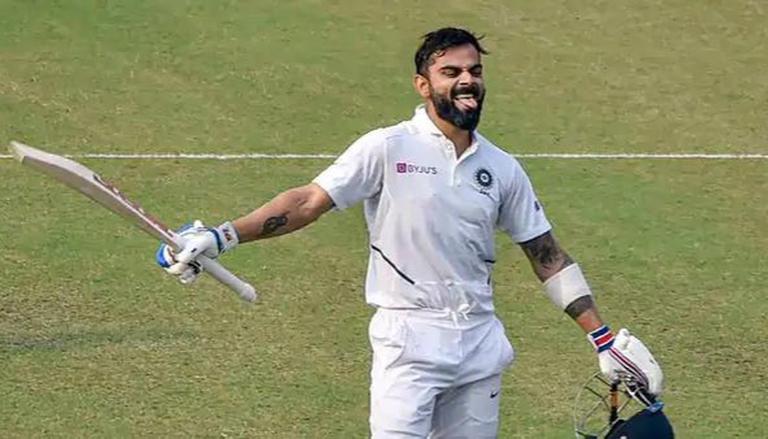 
On this day in 2011, former India captain Virat Kohli made his Test debut. Kohli played his first Test match against West Indies in Kingston on June 20. Kohli took to Twitter on Monday to showcase some of the best moments from his illustrious Test career. Kohli uploaded a short video with shots from some of his best Test memories, including photos from his 100th Test match, where he was presented with a special cap by the BCCI in front of his family and wife, Anushka Sharma.

"Time flies," Kohli captioned the post, which has since garnered more than 2,50,000 views, over 35,000 likes and nearly 5,000 retweets. The 16-second-long video shows Kohli entering the password to his laptop and then opening a folder titled Test. The video them starts showing some unforgettable moments from his Test career.

Kohli has played 101 Test matches for his country and has scored 8,043 runs, including 27 centuries and 28 half-centuries. Kohli was appointed the Test captain after MS Dhoni stepped down in 2014. Kohli helped India become the number one Test team in the world during his time at the top post. The 33-year-old relinquished the Test captaincy earlier this year after India's series defeat to South Africa.

Virat Kohli is one of the best captains India has ever had in Test cricket. Out of the 68 Test matches he has captained, the 33-year-old has led India to 40 wins, 11 ties, and 17 losses, the best by any captain India has ever produced. It was under Kohli's captaincy that India won their first-ever Test series in Australia.

Kohli also played a key role in leading India to the first-ever World Test Championship final in June 2021. He was also instrumental in helping India secure a 2-1 series lead over England in the five-match Test series last year, the postponed fifth match of which is slated to be played on July 1. After a minimum of 20 Test matches, Kohli is rated fourth in terms of percentage of victory as a Test captain. Only former Australian captains Steve Waugh, Don Bradman, and Ricky Ponting are ahead of Kohli on the list. Kohli has a win percentage of 58.82.