'Told Him To Shut Up': Mohammad Asif Slams Shoaib Akhtar Over 2007 Dressing-room Spat

Asif, while speaking to Pak Passion, revealed that he recently dialed up Akhtar and told him that he needs to "shut up" and "move on" from the incident. 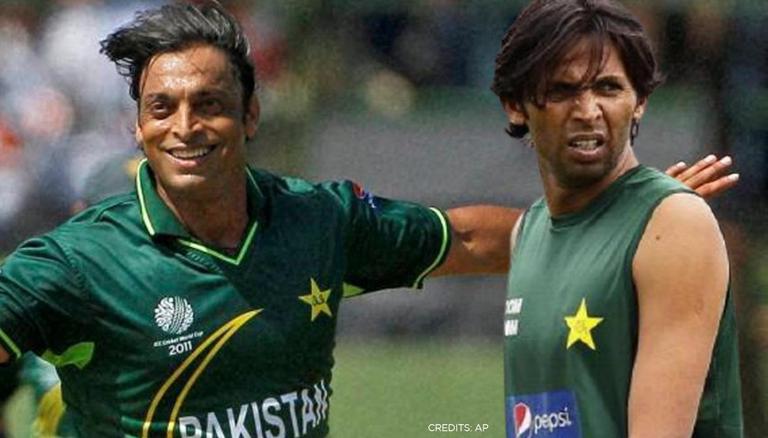 
Former Pakistan speedster Mohammad Asif has slammed Shoaib Akhtar over the 2007 dressing-room spat, saying "he should talk about other things too rather than bringing up the same old incident again and again". The 2007 dressing-room spat between Akhtar and Asif came under the light once again after former Pakistan all-rounder Shahid Afridi talked about the incident in his latest interview. Akhtar had reportedly hit Asif with a bat during the 2007 ICC World Cup, following which the former had to leave the tournament mid-season.

Afridi opened up about the infamous incident, where the latter had reportedly hit fellow teammate Mohammed Asif with a bat during the 2007 World Cup. Afridi brushed it off and said "things happen", adding "Shoaib has a very beautiful heart". Earlier, Shoaib Akhtar, in his autobiography Controversially Yours, had accused Afridi of aggravating the issue, which resulted in him being sent home mid-tournament from South Africa. Afridi said that Asif had sided with him in a joke, which angered Akhtar, who hit the Pakistani pacer with a bat.

'Told him to shut up'

Now, Asif has responded and slammed Akhtar for not moving on even after 13 years since the incident. Asif, while speaking to Pak Passion, revealed that he recently dialed up Akhtar and told him that he needs to "shut up" and "move on" from the incident. Asif said it's been more than 13 years since the spat took place but Akhtar keeps talking about it everywhere he goes. Asif said he urged Akhtar to talk sense instead of talking about the same incident in every interview.

Asif reportedly told him to talk about how he can help develop more youngsters for the game instead of "dreaming about being Pakistan's head coach or selector", taking a jibe at the Rawalpindi Express for openly talking about his desire to get involved with the PCB in some way or the other. Asif asked Akhtar to get back to reality and put his focus on developing cricketers for his nation.

READ | Robin Uthappa reveals how Shoaib Akhtar had threatened him during Pak's 2007 tour of India
READ | Sachin Tendulkar reveals how he played with Shoaib Akhtar-inflicted injury for months
First Published: 21st May, 2021 13:35 IST
SUBSCRIBE TO US