Ever since Jasprit Bumrah & Sanjana Ganesan posted their wedding pictures, a lot of photos and videos from their wedding have gone viral on social media.

Indian speedster Jasprit Bumrah tied the knot with popular sports anchor Sanjana Ganesan in a private ceremony in Goa. The Jasprit Bumrah wedding rumours were doing the round for a while and there was a lot of curiosity around the 'Jasprit Bumrah wife name' on social media. The cricketer put an end to all the conjectures on Monday and finally confirmed his relationship with Sanjana Ganesan by directly dropping their wedding pictures along with a heartfelt caption.

Here's a look at some unseen Jasprit Bumrah wedding pictures

“Love, if it finds you worthy, directs your course.”Steered by love, we have begun a new journey together. Today is one of the happiest days of our lives and we feel blessed to be able to share the news of our wedding and our joy with you. Jasprit & Sanjana", wrote Bumrah and shared two endearing pictures from their wedding.

The Jasprit Bumrah wedding post sent the internet into a frenzy as congratulatory wishes flooded in from fans, as well as, cricketers. The likes of Virat Kohli, KL Rahul, Shikhar Dhawan, Yuzvendra Chahal, Mayank Agarwal among others wished the couple on their new journey together. The Jasprit Bumrah Sanjana Ganesan wedding saw none of his teammates attend the wedding as all the players are a part of the biosecure bubble put in place by the BCCI.

As per unconfirmed reports, it is believed that Bumrah and Ganesan’s marriage took place in a small private ceremony in Goa, which had limited numbers of guests, consisting mostly of family members, due to COVID-19 protocols across the country. Meanwhile, ever since the Jasprit Bumrah Sanjana Ganesan wedding pictures went viral, a lot of photos and videos from the couple's wedding, as well as, other ceremonies have been doing the rounds on the internet. Here's a look at some of the best photos from the wedding. 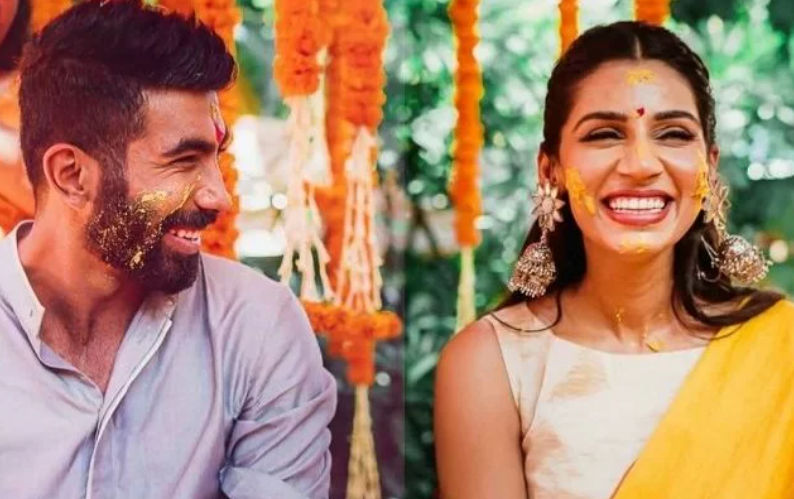 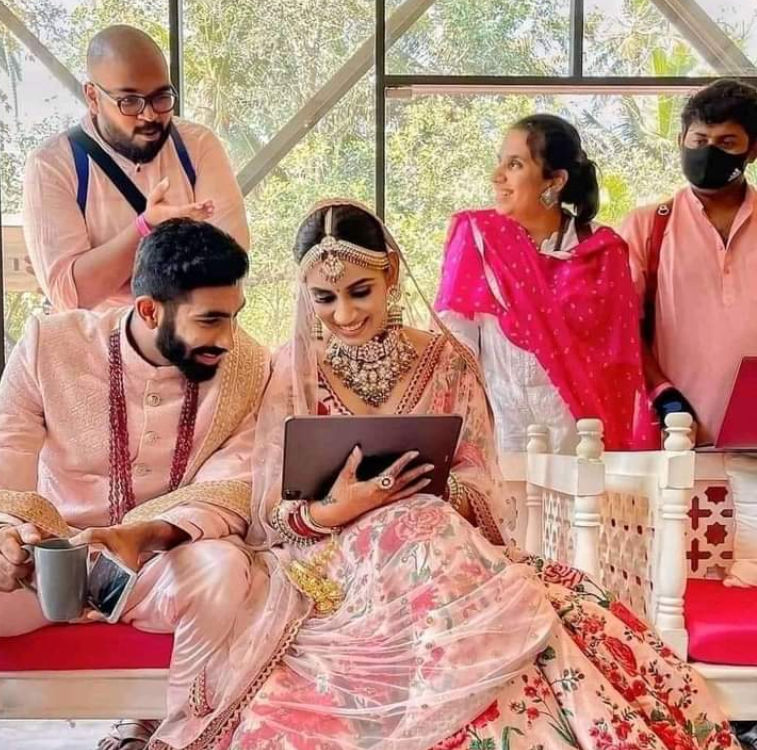 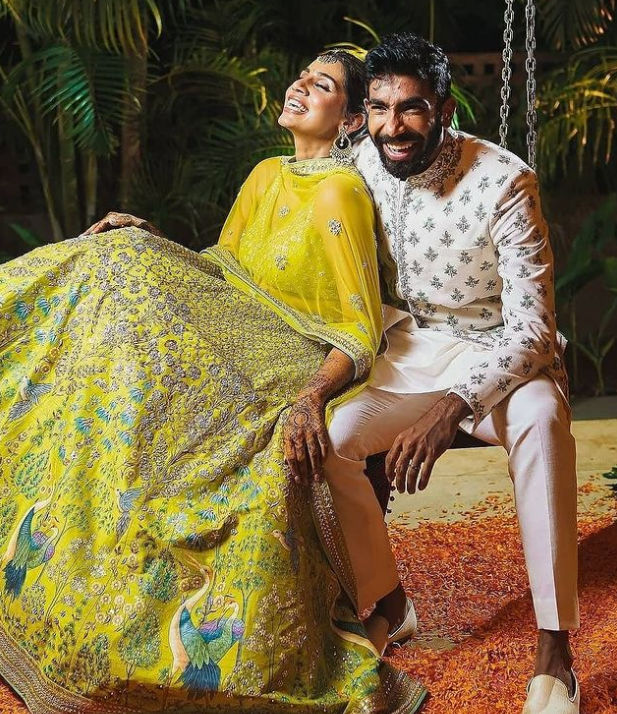 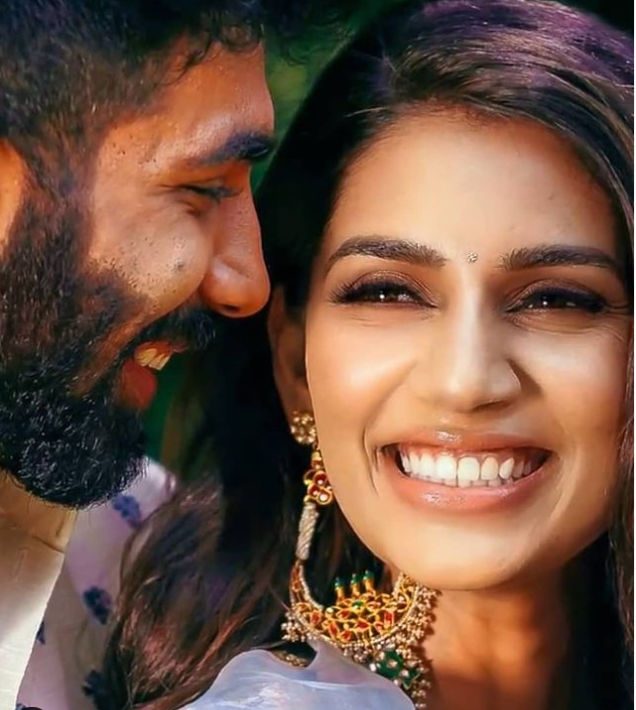 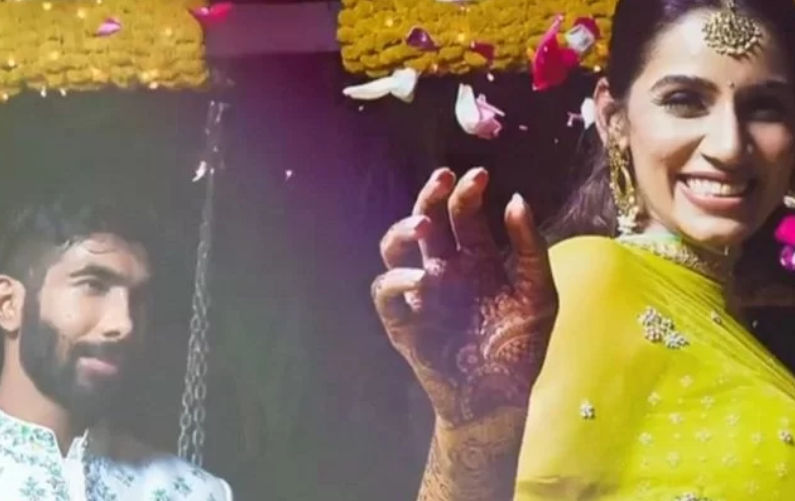 Meanwhile, Jasprit Bumrah has been rested for the white-ball leg of the ongoing series against England. Sanjana and Jasprit's marriage saw none of his teammates attend the wedding as all the players are a part of the biosecure bubble put in place by the BCCI. As per unconfirmed reports, it is believed that Bumrah and Ganesan’s marriage took place in a small private ceremony in Goa; the wedding ceremony had limited numbers of guests, consisting mostly of family members, due to COVID-19 protocols across the country.

How much is the Jasprit Bumrah net worth figure?

The Indian speedster has established himself as one of the country's most prominent pacers. According to CA Knowledge, Jasprit Bumrah net worth stands at â‚¹29 crore. In addition to his earnings from cricket, Jasprit Bumrah also endorses several brands and has appeared in advertisements for Dream11, Cultsport, Estrolo etc. for the same as well. He also pockets a hefty paycheck for representing the Mumbai Indians team in the Indian Premier League.

The talented pacer has contributed significantly towards the success of the franchise, and he was retained by the Mumbai Indians ahead of the IPL 2021. He is believed to take home â‚¹7 crore for his appearance in IPL 2021. Moreover, he falls in the A+ category as per the Annual Player Contracts and he is paid â‚¹7 crore according to that. It is worth mentioning that he is the only fast bowler to feature in the A+ category.

Disclaimer: The above Jasprit Bumrah net worth information is sourced from various websites and media reports. The website does not guarantee a 100% accuracy of the same.