New Zealand's head coach Gary Stead said that Boult might feature in the second Test as his isolation period has ended early and he has been allowed to train. 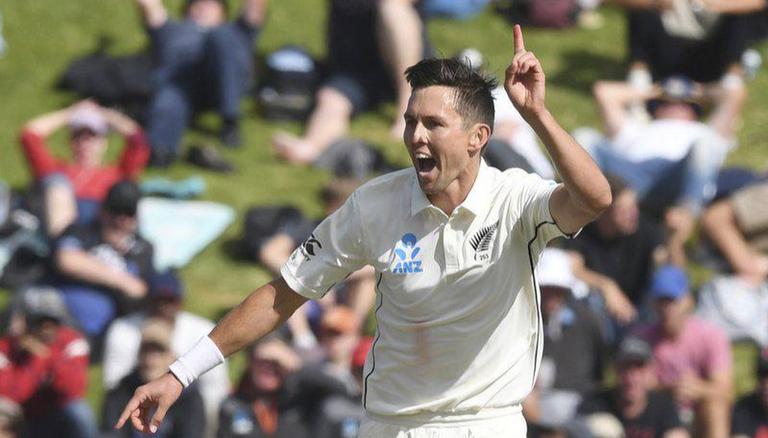 
New Zealand pacer Trent Boult might play in the second Test match against England, starting June 10, as his quarantine period has been relaxed a few days earlier than expected by the British government. New Zealand's head coach Gary Stead on Sunday said that Boult might feature in the second Test match as his isolation period has ended early and he has been allowed to take part in outdoor training sessions. Stead had earlier indicated that Boult will not play the Test series against England and will directly come into the team in the World Test Championship (WTC) final, starting June 18. However, after the drawn first match against England, Stead said that there's a chance Boult might play the second Test.

Before the start of the first Test match against England, Stead had said that the priority for the side would be to ensure Boult is fit to play the WTC final against India. Stead said Boult will not be part of the two-match Test series against England and will only play the WTC final. Hours later, Boult was reported as saying that he wants to be part of the second Test match against England. The Kiwi pacer arrived in the United Kingdom last week, where he was supposed to go through strict quarantine before resuming training. But the British government has reportedly decided to grant him an early release, which makes him available for the second Test match. Stead has said that the team will look into the pros and cons of playing Boult ahead of WTC final before adding his name in the playing XI for second Test match.

Boult was flown directly to New Zealand after the postponement of IPL 2021 earlier last month. The rest of the IPL Kiwi crew left for the United Kingdom to join the team ahead of their two-match Test series against England. The New Zealand team members stayed in Southampton for a couple of weeks before moving their base to London for the first Test at the Lord's. The Kiwis travelled to London on May 29 and resumed training the next day. The first Test match between New Zealand and England ended in a draw as the Kiwis failed to take all 10 wickets in the second innings because of the loss of one full day due to rain.

READ | Michael Vaughan spoiled for choice while choosing between Bumrah, Boult ahead of WTC Final

After the completion of the two-match Test on June 14, New Zealand players will be transferred to the World Test Championship bio-bubble in Southampton. The one-off Test match against India will begin on June 18 and is expected to last until June 22. The world's top two Test teams will face each other in the historic match to win the first-ever crown of Test Champions. In case of a draw, the trophy will be shared by both teams.

READ | Trent Boult expresses desire to take part in remainder of IPL 2021 if given a chance
READ | Trent Boult says he wants to be part of 2nd Test match against England, contradicts coach
First Published: 7th June, 2021 11:28 IST
SUBSCRIBE TO US