Pakistan's ICC T20 World Cup journey came to an end with a devastating defeat. The Babar Azam-led side lost to Australia in the second semi-final on Thursday. 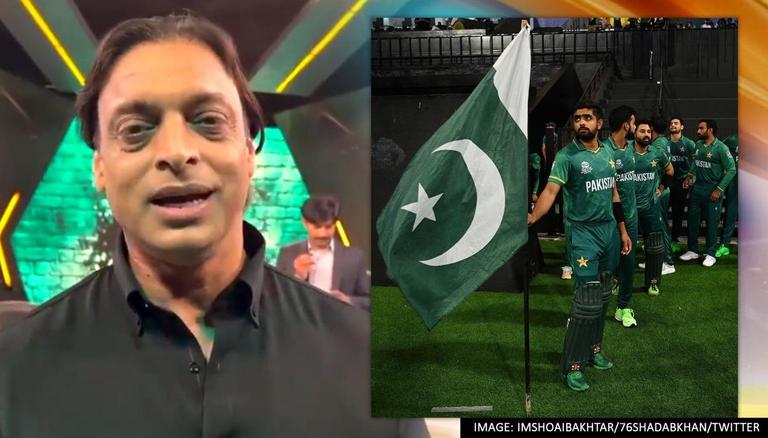 
Pakistan's ICC T20 World Cup journey came to an end on Thursday with a devastating defeat to Australia. The Babar Azam-led side lost the second semi-final of the T20 World Cup, ending their unbeaten run in the tournament. This came at an unfortunate time for the team, as it was looking good to win the trophy this year.

Former Pakistan cricketer Shoaib Akhtar took to social media after the match to voice his unhappiness with the loss. The setback was described by Akhtar as "unbelievable", and he expressed regret over the team's inability to cross the finish line.

"Pakistan should have scored about 20 odd runs more. They played very slow in the middle-overs. The whole nation have broken hearts now but never mind you have done well, you played well. Pakistan it's OK. There's a lot to learn from this game that you have played. I am thoroughly disappointed. This World Cup belonged to us but unfortunately, we couldn't cross the finish line," Afridi said in his YouTube video after the match.

That 19th over during the batting. It was where we fell short.
Overall 20 runs short. But what a campaign. Long way to go from here.

After winning the toss, Australian skipper Aaron Finch asked Pakistan to bat first. Openers Babar Azam and Mohammad Rizwan played some brilliant cricket up front to forge a partnership of 71 runs. However, just when Australia needed a wicket, Adam Zampa came in and dismissed the big fish, Babar Azam, who went back to the pavilion after scoring 39 off 34 balls. Rizwan then forged another crucial partnership with Fakhar Zaman before being dismissed by Mitchell Starc for 67 off 52 balls.

Asif Ali was promoted up the order but he couldn't do much and went for a golden duck. Zaman scored an unbeaten 55 off 32 balls as Pakistan ended their innings at 176/4 in 20 overs. When Australia came to bat, Pakistan's ace bowler Shaheen Shah Afridi dismissed Finch for a duck.

David Warner and Mitchell Marsh put up a partnership of 51 runs before the latter was sent back by Shadab Khan for 28 off 22 balls. Warner scored 49 off 30 balls before he was given out caught, but it turned out that the ball did not meet the bat at all. Steve Smith and Glenn Maxwell were also dismissed early for 5 and 7 runs respectively.

READ | Ravi Shastri speaks to Arnab Goswami, opines 'scheduling of T20 WC could have been better'

Marcus Stoinis and Matthew Wade put up a match-winning partnership to help their side win the game. The duo struck 81 runs between them as Australia went from 96/5 at one stage to win the game by 5 wickets. Matthew Wade was adjudged the Player of the Match for his 41 off just 17 balls, which included three consecutive sixes in the penultimate over of the innings. Australia will now play New Zealand in the final on November 14.