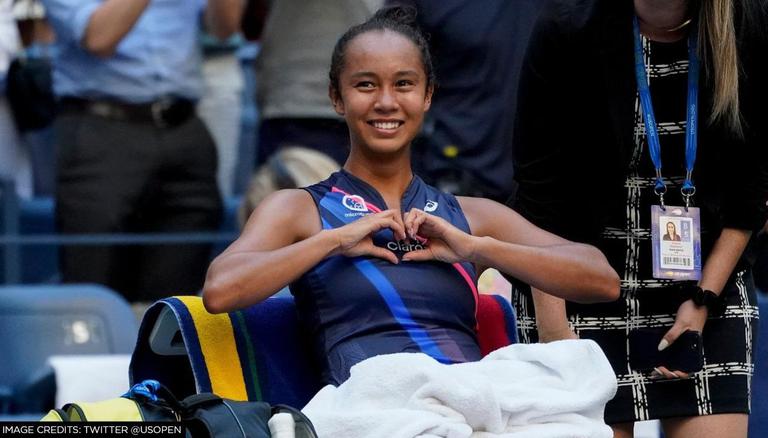 
Canadian youngster Leylah Fernandez has made US Open 2021 her personal playground as she continues her giant-killing spree at the final Grand Slam event of the year. After knocking out defending champion Naomi Osaka and Angelique Kerber in her last two matches, the 19-year-old beat Elina Svitolina in her quarterfinal match to enter the US Open 2021 semi-final.

Fernandez defeated No 5 seed  Elina Svitolina 6-3, 3-6, 7-6, inside the Arthur Ashe Stadium to advance to the last four of the tournament. She also avenges a loss to Svitolina in their only previous meeting, 6-4, 7-5 in the 2020 Monterrey quarterfinals.

Fernandez's win has ensured that she matched former US Champion Maria Sharapova's feat of becoming the youngest woman to reach the final four in Flushing Meadows. Sharapova had achieved the feat when she was just 18-year-old back in 2005.  Apart from matching Sharapova's effort, Fernandez is now two steps away from matching the feat of fellow Canadian Bianca Andreescu, who at the age of 19 captured the 2019 US Open women’s singles championship.

Let's hear it for the teens!

Fernandez started strongly against Svitolina, taking a 4-2 lead in the first set and soon managed to close out the first set without much trouble. The second set saw Svitolina getting back to her rhythm and playing with more aggression as she broke Fernandez twice to build a 5-1 advantage. However, the Ukrainian was still made to work by the youngster to win the second set. In the final set Svitolina came back from a 2-5 deficit to level the match at 5-all.

Both held serve in their final service games to force the tiebreak, and Fernandez once again nosed out in front, taking a 4-1 lead in the tiebreak. Svitolina dug deep once more to level at 5-5, but then Fernandez produced the shot of the match, a running forehand winner from the baseline that clipped the top of the net before landing just inside the sideline to set up match point. Fernandez served out the match when Svitolina’s return went long.