Aziz G. Mihliev on Sunday took to Twitter to share a series of pictures of the construction of the first official cricket stadium of Uzbekistan 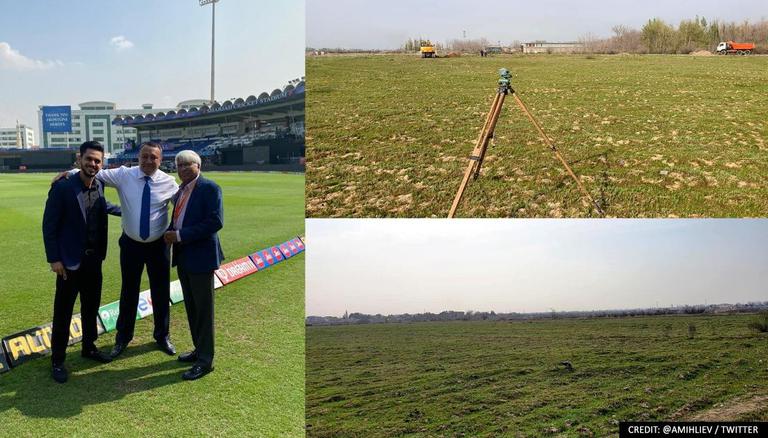 
With the International Cricket Council's(ICC) announcement on the mega-expansion of world cricket, Uzbekistan has made its move to promote the game in their nation. ICC, in June, had announced that the men's T20 World Cup will comprise 20 teams and will be held every two years in the ICC's next commercial cycle from 2023-2031. Cricket Federation of Uzbekistan president Aziz G. Mihlievhas shared pictures of the construction of the country's first cricket stadium.

Mihliev completed the trip with a visit to the ICC offices, where he met regional development officer Iqbal Sikandar. Mihliev reported on the CFU’s development efforts, and Sikander offered advice to assist Uzbekistan in continuing to build towards ICC membership.

The men's T20 World Cup will comprise 20 teams and will be held every two years in the ICC's next commercial cycle from 2023-2031. The format of the ICC Men’s T20 World Cup will consist of four groups of five, with the top two from each group going through to a Super Eights stage, followed by the knockout stages of semi-finals and a final. While the Champions Trophy will follow previous editions with two groups of four, semi-finals and final.