New South Wales will take on Victoria in the upcoming match of the Sheffield Shield on Thursday, February 25. Here's a look at VCT vs NSW Dream11 prediction.

New South Wales will take on Victoria in the upcoming match of the Sheffield Shield on Thursday, February 25 at 5:00 AM IST. The match will be played at the Melbourne Cricket Ground. Here's a look at our VCT vs NSW Dream11 prediction, probable VCT vs NSW playing 11 and VCT vs NSW Dream11 team.

Victoria are currently 4th on the points table after playing 3 matches in the tournament so far. They have just 1 win under their belt while the other two matches ended in a draw. Their last match was versus New South Wales which they won by 4 wickets and will be eager to do the double by winning this contest.

NSW on the other hand occupy the second spot after four matches with 2 wins, 1 loss and 1 draw. The two victories for the Peter Neville-led side came versus Tasmania and Queensland before being beaten for the first time in this year's competition. Coming into this match, NSW will be without pacer Mitchell Starc and Steve Smith who have withdrawn from the side due to personal reason and injury respectively. The Blues will look to bounce back and settle the scores with Victoria by beating them. This should be a cracking contest to watch. 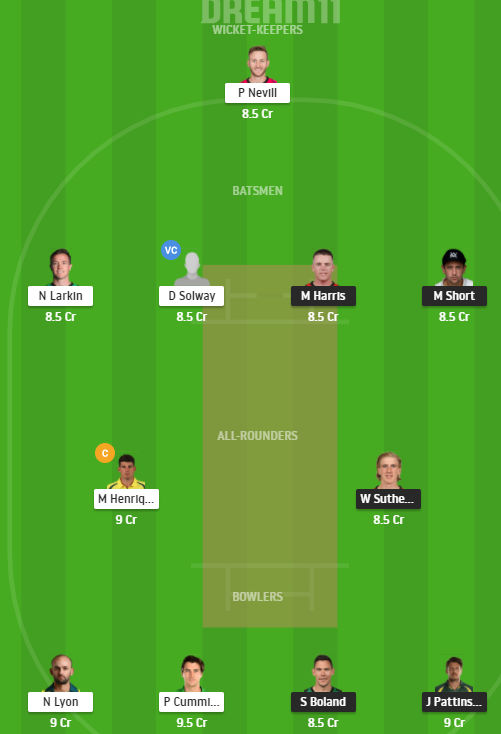 As per our prediction, VCT will come out on top in this contest.