Video Of Man Being 'run Over' By Jet Ski In Tendulkar's Post Leaves Fans In Splits: Watch

Former India opener Sachin Tendulkar has been quite active on social media ever since his retirement from the sport in 2013. 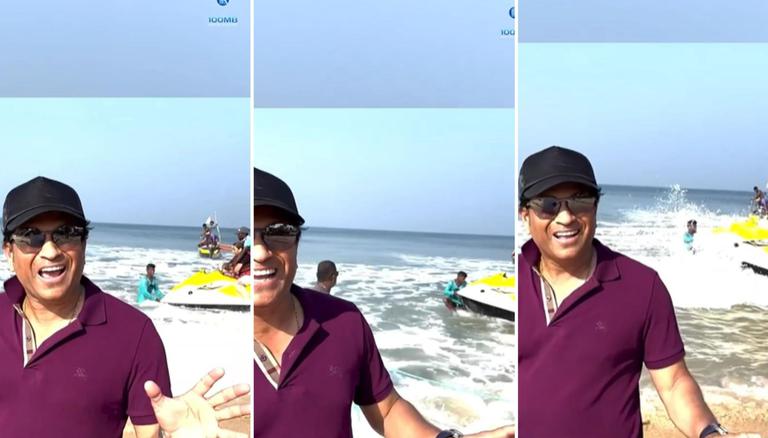 
Former India opener Sachin Tendulkar has been quite active on social media ever since his retirement from the sport in 2013. Recently, the Master Blaster uploaded a video on his official Instagram handle, where he can be seen spending some quality time with fishermen in Goa. In the video, Sachin was seen interacting with a local fisherman, who informs the 2011 World Cup-winning player about the traditional fishing practices of Goa.

However, netizens couldn't control their laughter after seeing a man getting crushed under a jet ski in the background of the same video as Sachin talks about his 'unbelievable experience' he has had with the fishermen in Benaulim beach. "Kya experience hn ye - peeche ek aadmi ko kuchal ke maar diya," one individual wrote. "Is everyone going to ignore the guy being rolled over by a jet ski?" another user wrote. 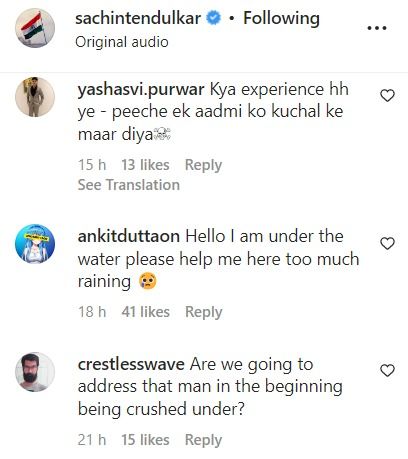 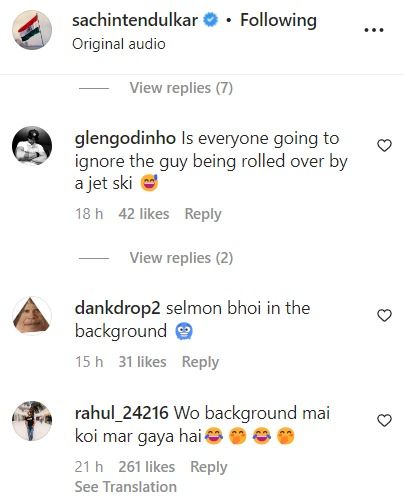 The video also showed Sachin having lunch at one of the fisherman's restaurants later in the day. Sachin was joined by his son Arjun and daughter Sara for the local Konkani lunch.

Sachin is currently holidaying in Goa along with his family members. He has been sharing photos from his trip on regular basis to keep his fans updated. Sachin recently shared a picture, where he was seen posing with staff members of a restaurant in Goa.

A week ago, Sachin took to social media and shared a video of himself enjoying a cup of tea at a roadside stall while travelling on a highway. In the video, the cricket legend can be seen dressed in a t-shirt and trousers and is seen wearing sandals.

Sachin can be heard talking about driving on the Belgaum-Goa expressway and stopping to eat a 'hard toast'. He says, "By the way, this is Belgaum-Goa expressway. Chai, enjoy it with ghar karusk. Called toast, hard toast." Enjoying a cup of tea on the roadside, Sachin enjoys his rusk and chai on the highway while also clicking selfies with the tea stall owner and interacting with fans.

Sachin announced his retirement from all forms of the game in 2013. He played his last international match for India against West Indies at his home ground of Wankhede Stadium. Sachin represented India in 200 Tests and 463 ODIs after making his international debut against Pakistan in 1989. Sachin finished his career as the highest run-scorer in both Test and ODI formats, smashing 15,921 and 18,426 runs at averages of 53.78 and 44.83, respectively.