Read below to check out the live streaming details, where you can catch the action live on TV as well as the tournament format for the Vijay Hazare Trophy. 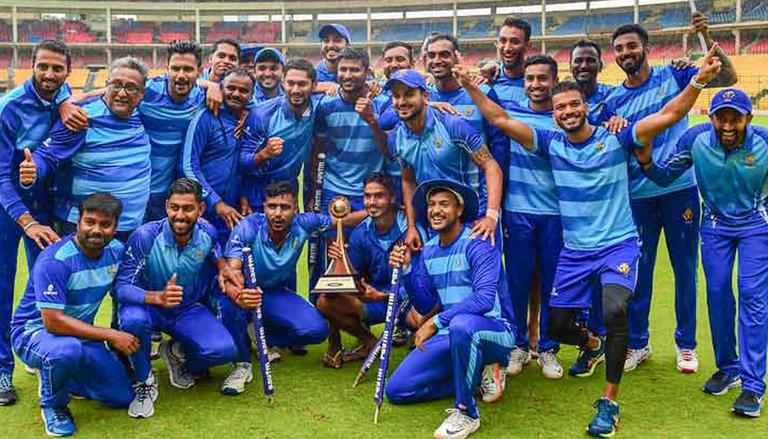 
The Vijay Hazare Trophy, also known as the Ranji One-Day Trophy began on December 8 with some very interesting matches played out. The likes of Sanju Samson, Dinesh Karthik, Manish Pandey and Vijay Shankar are set take part in the prestigious 50-over tournament. The tournament will be held across nine cities in India, including Mumbai, Thane, Guwahati, Thiruvananthapuram, Mohali, Chandigarh, Rajkot, Ranchi and Jaipur.

Read below to check out the live streaming details, where you can catch the action live on TV as well as the tournament format for the Vijay Hazare Trophy 2021-22 in India.

The tournament features 38 teams from across the country that will be divided into six different groups, five Elite groups and one Plate group, followed by the knockout stages. The Elite groups will contain six teams each while the Plate group will contain eight teams, each tea will play five matches each in the group stages before the knockout round which will start with three preliminary quarter-finals matches. The top placed teams in the Elite groups will move directly into the quarter-finals while the five teams that are placed second along with the team placed first in the Plate group will meet in the preliminary quarter-finals.

For cricketing fans in the country, the Star Network has the rights to broadcast the Vijay Hazare Trophy in India. Vijay Hazare Trophy live streaming can be caught on the Disney+ Hotstar app or website with the dates of the matches starting from December 8 to December 27, 2021.

How to watch the Vijay Hazare Trophy Live on TV

While the exact channels have not been announced by the Star Network they will be broadcasting the matches on the host of TV channels they have. The dates of the Vijay Hazare Trophy matches start from December 8 to December 27, 2021.