A BCCI spokesperson, while speaking to the press, said Kohli and the rest of the members have been provided with all the facilities in their hotel rooms. 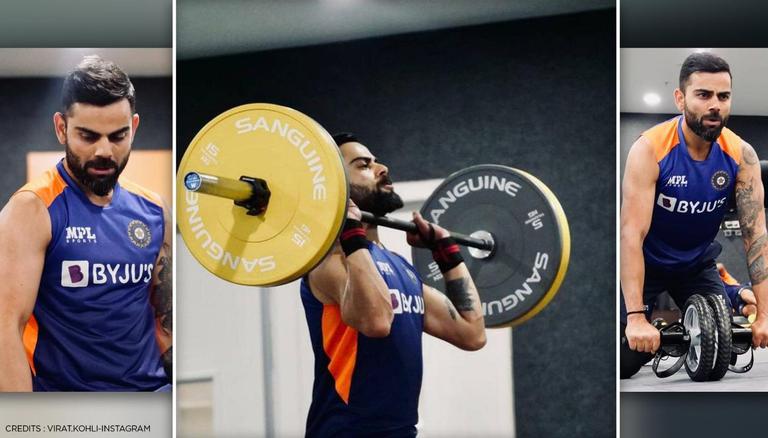 
Indian skipper Virat Kohli and other players from Mumbai on Monday joined the rest of the contingent at a hotel, where they will undergo quarantine before leaving for England next month. Indian players from other parts of the country had already started their 14-day quarantine period on May 19, almost a week before those from Mumbai joined. Meanwhile, players, who reside in Mumbai, entered the bio-bubble yesterday, where they have been asked to stay inside their rooms for at least 7 days before mingling with the rest of the crew.

A BCCI spokesperson, while speaking to the press, said Kohli and the rest of the members, who had entered the bubble on Monday, have been provided with all the facilities in their hotel rooms to ensure they could workout even in isolation. The BCCI source further added that Team India members, who reside in Mumbai, have been asked to quarantine for 7 days inside their rooms in order to ensure the safety of others in the bio-bubble. The BCCI had sent a charter plane to bring all the members of the Team India squad to Mumbai, from where they are expected to travel to England next month.

"Kohli and the rest of the members who entered the bubble on Monday will not straightaway mix with those who are already in the bubble. They will do a seven-day quarantine and then join the group before leaving for England. Till then, they will have all the necessary facilities in their rooms only. Arrangements have been made so that they can train in the room. Cycles, dumbbells, bars have all been arranged for in the rooms so that they don't need to walk out and can stay in shape," news agency ANI quoted the source as saying.

Team India will receive 2nd dose in the UK

According to the report, all the members of the Team India squad have already received their first dose of the COVID-19 vaccine in India. The source confirmed that the second dose of the vaccine will be administered by the UK's health department in England when the players and staff members are eligible for the jab.

According to reports, the team is expected to leave for England on June 2, where they will have to undergo another 10 days of quarantine. India will play against New Zealand in a one-off Test starting June 18 to decide the inaugural winner of the World Test Championship. India will then play a five-match Test series against England between August and September.

READ | 'I was happy Virat Kohli sledged me': Suryakumar recalls his stare-battle with RCB skipper