As India continues their pursuit of potentially creating history in South Africa by winning their first Test series, Virat Kohli has reached another feat. 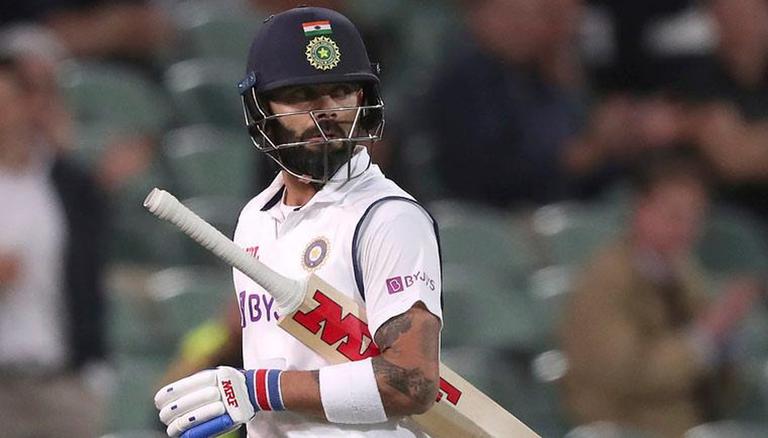 
As Team India continues their pursuit of potentially creating history in South Africa by winning their first Test series, captain Virat Kohli has scripted yet another milestone.

By picking up the catch to dismiss Temba Bavuma, the 33-year old reached 100 catches in Test cricket, thereby joining the likes of Rahul Dravid, Sachin Tendulkar and Mohammad Azharuddin in this elite list.

In the third and final India vs South Africa Test match at Newlands Cricket Ground in Cape Town, Virat Kohli picked up his 100th catch in Test cricket. As a result of his latest catch, Kohli also became the most successful Indian active player, surpassing Ajinkya Rahane's 99 Test catches. This elite list is led by legendary Test batter Rahul Dravid (210), who is currently serving as the side's head coach.

READ | Harbhajan Singh predicts outcome of IND vs SA series decider; 'That is what I feel'

A century of catches in whites for @imVkohli 👏👏#TeamIndia pic.twitter.com/tJIF5QMq1r

As a result of some impressive bowling by South Africa, Team India was restricted to just 223 runs in the first innings. Skipper Virat Kohli ended as the side's highest scorer with 79 runs off 201 deliveries, an inning that included 12 boundaries and a six. He was aided by Cheteshwar Pujara at the other end, who hit 43 runs off 77 balls.

Some outstanding bowling from the South African pacers in particular prevented Team India from making a significant partnership at any point of their innings. Kagiso Rabada was the pick amongst the Proteas bowlers as he dismissed four Indian batters, including the all-important wicket of Kohli. Meanwhile, Marco Jensen chipped in with three wickets, with the likes of Duanne Olivier, Keshav Maharaj and Lungi Ngidi chipping in with one wicket each.

How to watch India vs South Africa live?

Cricket fans interested in watching the third and final India vs South Africa Test match can tune in to the Star Sports Network, which has the official broadcasting rights for the series. As for the IND vs SA live stream, fans can tune in to the Disney+ Hotstar app or website. The match is currently taking place at Newlands Cricket Ground from January 11-15, with live coverage beginning at 2:00 PM IST every day.

WE RECOMMEND
India vs South Africa: 5 major challenges that could affect India's chances in 3rd Test
Virat Kohli recalls MS Dhoni's words when talking about Pant's shot selection in 2nd Test
Anushka Sharma-Virat Kohli drop a hint on their bed-time with a cuddling pic; Take a look
Virat Kohli fans ask money to Twitter user who promised ₹100 if Kohli crossed 50 runs
India vs South Africa, 3rd Test: How has India fared at Cape Town in the past?
Listen to the latest songs, only on JioSaavn.com