Ahead of WTC Final and England series, Team India's former legendary skipper Kapil Dev has given Virat Kohli an important piece of advice over his aggression 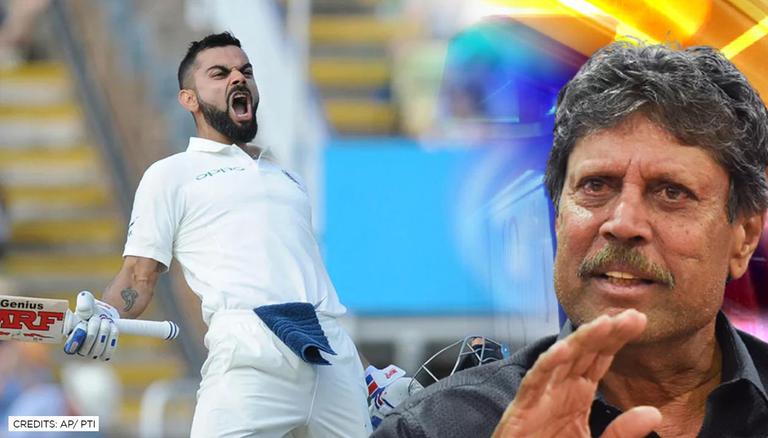 
Virat Kohli & Co. are all set to face one of their toughest challenge as Team India will be flying to the United Kingdom to play the historic ICC World Test Championship Final against New Zealand and a five-matches Test series against England. Notably, Team India is currently serving 'hard quarantine' in Mumbai before they head to their Test challenge. Now, Team India's former legendary skipper Kapil Dev has cautioned skipper Virat Kohli before he faces New Zealand and England on swinging pitches of the United Kingdom, while speaking to Mid-Day.

As the countdown for the first-ever ICC World Test Championship (WTC) Final and five-matches Test series against England has begun, various cricket experts have started their prediction game. Former cricketers like Michael Vaughan, Monty Panesar have backed New Zealand as the top contender to lift the Test World Cup. Recently, Australian speedster Pat Cummins too backed the Kiwis to win the WTC final. Apart from the WTC final, India will also play a five-matches Test series, and for this series, India's first-ever World Cup-winning captain Kapil Dev has given an important piece of advice to Virat Kohli over his aggression.

'Not be over-aggressive': Kapil Dev's advice to Virat Kohli

Team India's skipper Virat Kohli is known for giving it back to its opponents be it from the bat or otherwise. Team India's stalwart aggressive attitude on the field is widely praised by various cricket experts. However, Kapil Dev has advised Virat Kohli not to be over-aggressive and also went on to say that England is one step ahead of India when it comes to playing in swinging conditions.

READ | Pat Cummins dubs Virat Kohli, Babar Azam among other batsmen as toughest to bowl to

Speaking on Virat Kohli's upcoming challenge in England, Kapil Dev said that he expects Team India's skipper to excel and doesn't think anyone can shackle him as he is a natural when it comes to adapting 'but I would caution him to not be over-aggressive'. Kapil Dev also suggested to Virat Kohli how to approach his game in the English condition and said that the Delhi cricketer has to measure it session by session and he will be better if he waits 'for his moments of dominance'. Outlining the importance of patience while playing in England, the 62-year-old said that Virat Kohli will get his runs if remains patient as trying too hard and too early does not work in England where you need to watch the movement of the ball. 'If you play seam and swing well, show patience, you will succeed in England,' said Kapil Dev.

Kapil Dev also cautioned Team India saying that playing England in England is tough as they are a very good team when they are playing at home. However, a lot is dependent upon Indian bowlers how they adapt to the condition. Kapil Dev even went to say that if the condition will be swing friendly then 'I feel England are one step ahead of India'.

The Indian team is scheduled to play the World Test Championship final against New Zealand at Southampton from June 18-22 before taking on England in a five-matches test series. The series will begin at Nottingham (Aug 4-8) and will be followed by matches at Lord's (August 12-16), Leeds (Aug 25-29), Oval (Sep 2-6), and Manchester (Sep 10-14). A 14-day hard quarantine for passengers travelling from India to the UK and the existing COVID-19 situation in the country has forced BCCI to pick at least 30 members in the squad which will have some automatic choices and the best performers from India.