Virat Kohli On 5th Test Cancellation: 'Unfortunate How We Ended Up Being Here Early'

India and RCB's captain Virat Kohli says that it was "unfortunate" they ended up back so soon but with the COVID-19 pandemic, things are always very uncertain. 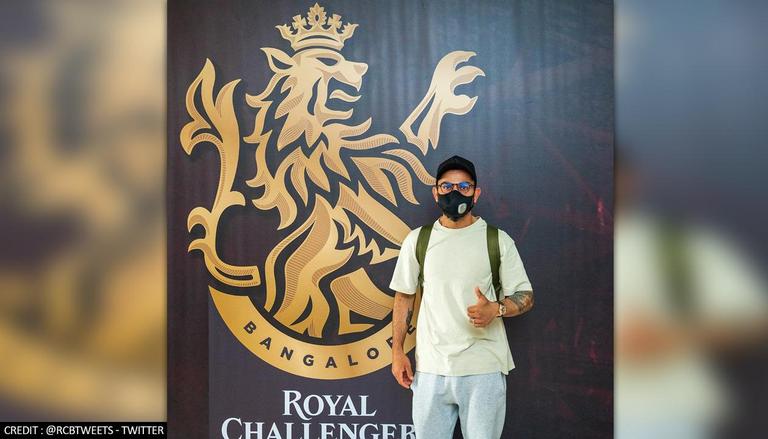 
England was all set to face India in the final Test match of the five-match Test series on Friday. However, the match was called off due to the fear of rising COVID-19 in the camps of both teams. The start of the match has been the subject of speculation ever since India’s assistant physiotherapist Yogesh Parmar tested COVID-19 positive. Captain Virat Kohli, who has just rejoined his IPL team Royal Challengers Bangalore in the UAE for the second half of the 2021 IPL said that it was "unfortunate" that they ended up back so soon but with the COVID-19 pandemic things are always very uncertain but he added that he is excited about the upcoming IPL and after that the T20 World Cup.

"Unfortunate how we ended up being here early but with COVID in place things are very uncertain so anything can happen at any time. Hopefully, now we are able to maintain a good, strong, and secure environment here which leads to a quality IPL and then onto the World Cup. Heading into the T20 phase I think it's going to be a very exciting phase and a very important one for us at RCB and then the Indian team at the World Cup," said Kohli in a video uploaded to RCB's Twitter handle.

“The replacement players have great skillsets, especially in these conditions. Excited to see them with the whole group & to resume a very good season that we started last time around,” says captain Kohli.#PlayBold #IPL2021 pic.twitter.com/VvqKN3qhLo

The entire Indian team returned with negative COVID-19 tests one day ahead of the match. However, the England and Wales Cricket Board (ECB) announced more than two hours prior to the start, that following conversation with BCCI, they have decided that the fifth Test at Old Trafford has to be called off.

According to reports, India refused to field a side against England at Old Trafford citing personal safety and security as reasons. It is believed that the Indian players were worried about getting infected with the deadly virus during the fifth Test match because of being in close proximity to Yogesh Parmar, Team India's junior physio who tested positive for COVID on Thursday. Some reports also suggest that the BCCI requested to cancel the Test because it didn't want any of its senior Indian players to get infected and miss the second phase of IPL 2021, which was scheduled to start four days after the end of the Manchester game.

WE RECOMMEND
India vs England: Virat Kohli vents anger inside Lord's dressing room after low scores
Anushka Sharma gets a surprise welcome with Virat Kohli's chocolate sculpture in Dubai
As India beat England, Virat Kohli rates bowling performance in 'top 3' he's seen
England vs India: Twitter in meltdown after Manchester Test gets called off due to COVID
England vs India: Umesh Yadav reveals what Virat Kohli told him ahead of fourth test