KL Rahul, India's newly-appointed vice-captain in the shortest form of the game, has gained three places to move up to the fifth position in the ICC rankings. 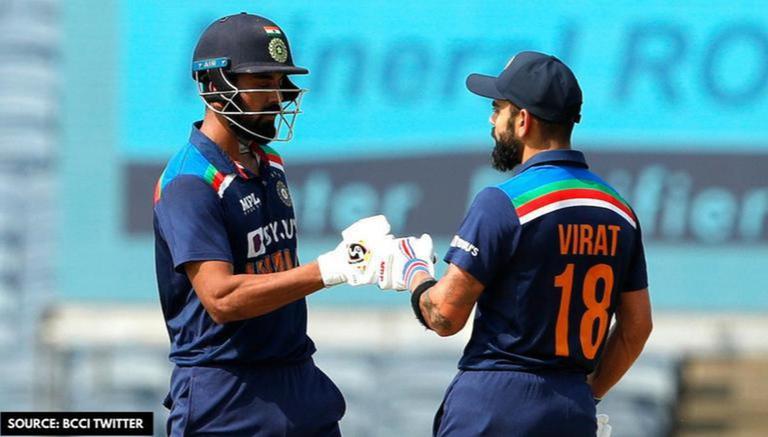 
Indian skipper Virat Kohli has slipped 4 places to lose his spot in the top-five of the ICC T20I batting rankings. Kohli, who was at number four position before the start of the T20 World Cup, dropped down to the fifth spot after India's first game despite scoring a magnificent half-century against arch-rivals Pakistan. Kohli's T20I ranking dipped further on Wednesday when the ICC announced the updated list ahead of the first semi-final match of the ongoing World Cup. Kohli is currently sitting at the number eight position on the table.

Meanwhile, KL Rahul, India's newly-appointed vice-captain in the shortest form of the game, has gained three places to move up to the fifth position in the ICC batting rankings. KL Rahul has 727 rating points to his name. After two poor outings against Pakistan and New Zealand, the Karnataka batter scored three back-to-back half-centuries in India's last three games of the T20 World Cup. Rahul, who finished as India's highest run-scorer in the tournament, scored 194 runs in 5 innings at an average of 48.50.

On the other hand, South African batter Aiden Markram has gained three places in the batting rankings to move up to the third position with 796 rating points. Markram has also secured a place in the all-rounders' rankings courtesy of his bowling performance. Pakistan skipper Babar Azam and England's Dawid Malan continue to remain intact as ICC No. 1 and No. 2 ranked T20I batters, respectively.

READ | India vs New Zealand T20: Fans with at least one vaccine dose to be allowed at stadium

In the rankings for bowlers, Australian pacer Josh Hazlewood gained big as he climbed 11 places up to secure the 8th position in the bowling rankings. Australian spinner Adam Zampa has also gained in the latest update to move up to the fifth spot. The duo has been the key to Australia's success in the ongoing T20 World Cup, where they have picked 19 wickets between them. Sri Lanka's Wanindu Hasaranga (1st), South Africa's Tabraiz Shamsi (2nd), England's Adil Rashid (3rd), and Afghanistan's Rashid Khan (4th) have retained the top four spots in the bowling rankings.