Former Pakistani fast bowler Wasim Akram took to his Twitter account to voice his opinion regarding the ongoing violent clash between Palestine and Israel. 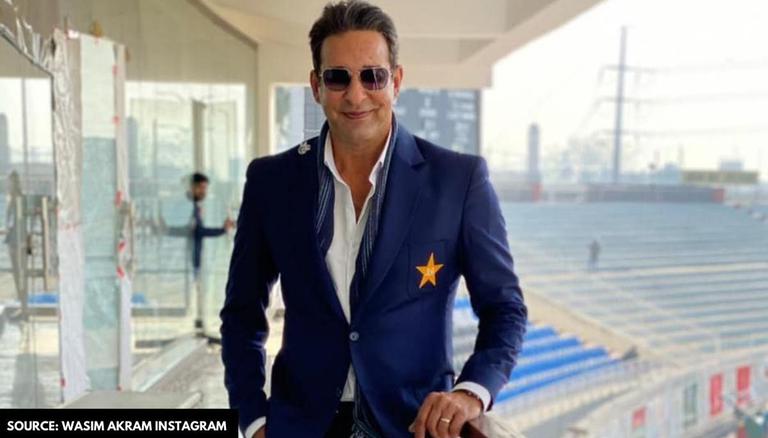 The latest clashes in Gaza began during the holy month of Ramadan, a month ago, after Israeli soldiers blocked Palestinian gatherings at an already heightened time of religious sensitivities. Things escalated when terrorist group Hamas which controls Gaza began firing unending volleys of rockets at Israel, to which Israel replied via aerial bombardment of purported Hamas installations. A number of cricketing stars including Irfan Pathan, Kagiso Rabada and Daren Sammy have voiced their opinions amid the ongoing Israel-Palestine violence. Former Pakistan captain Wasim Akram was the latest one to speak on the matter.

Many civilians in Palestine and Israel have been forced to hide in shelters because of the increasing threat of getting killed by rockets being fired by both sides. Perturbed by the recent developments, ex-Pakistani cricketer Wasim Akram took to his Twitter account where he penned down an emotional message. The 54-year-old suggested that it does not matter which side one supports.

According to Akram, a winner cannot be obtained from such a war as there have been deaths and suffering from both sides. The left-handed pacer pointed out the everyone has already lost as the damage has already been done. However, Akram's comments were not unanimously accepted by fans and his message received mixed reactions online.

It doesn’t matter what side you’re on, or which team you support, this is not a game, it’s War and at the end of the day when there has been death and suffering there will never be a winner, everyone has already lost! #IStandWithPalestine #IStandForHumanity

The difference in level of force applied in a war forces one to take sides. One can’t morally remain oblivious to reality forever.

With all due respect, we need to call out the Oppressor and the Oppressed. It does matter which side you are on.

Don’t sit on the fence Mr Swing Sultan.
Some scenarios are absolutely clear and demand a strong wilful stand.
You’re either in or out or shall I say Out or Not-Out. There isn’t a middle way about this.

But on this issue it matters who you choose to stand with and support.

Irfan Pathan's comments on the Palestine and Israel conflict

Wasim Akram is often considered as one of the greatest exponents of reverse swing bowling by many. Apart from his cricketing career, his personal life also has garnered immense attention from all corners considering his tremendous following. Wasim Akram is married to Shaniera. The couple met in 2011 when Akram was in Melbourne. Shaniera is an Australian social worker who has settled in Pakistan after tying the knot with the cricketing star. Shaniera too posted on Twitter on Wednesday over the Palestine attacks.

More than 58,000 people have been displaced by Israel’s bombardment of the Gaza Strip, according to the latest figures presented by the spokesperson for the United Nations general-secretary on Tuesday. Speaking in New York, Stéphane Dujarric said 47,000 of the displaced men, women, and children had sought shelter at schools run by UNRWA, the UN agency for Palestinian refugees.

Meanwhile, the death toll in Gaza city has inched closer to 200 on Sunday. Airstrikes between Israel and Gaza have killed 42 Palestinians, injured several others and flattened at least three residential buildings. As per official figures of both the governments, at least 192 people including 58 children and 34 women, have been killed in the Gaza Strip while Israel has reported 10 dead, including 2 children. Indian Prime Minister Narendra Modi's government has condemned the attacks and urged both the countries to call it off.