MS Dhoni-led Chennai Super Kings are currently in the UAE, for the second-leg of the IPL. CSK will start phase-2 of their IPL 2021 on September 19 against MI. 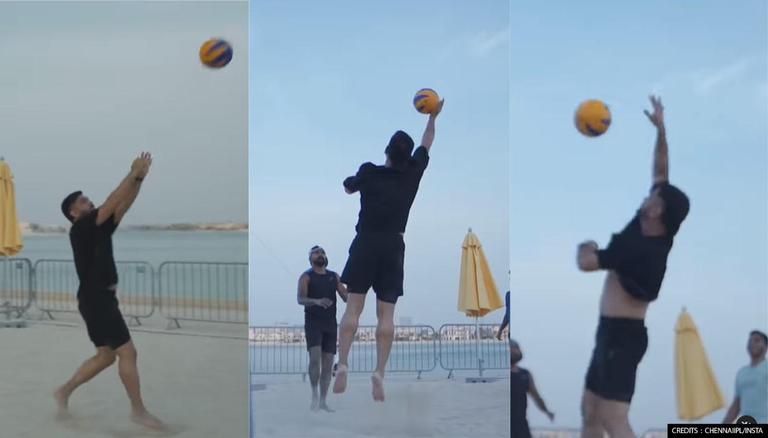 
The Indian Premier League 2021 is all set to resume on September 19 after it was halted midway in May owing to the Covid-19 pandemic. Chennai Super Kings will face Mumbai Indians in match number 30 of the IPL season, at the Dubai International Stadium.

Amidst preparations, the CSK team has been enjoying the time leading up to the tournament by indulging in various other sports like volleyball, snooker, and football. MS Dhoni, in particular, has left his fans in awe of his many talents by constantly surprising everyone.

MS Dhoni and his hunger for playing sports

In a video posted on social media by CSK recently, MS Dhoni was seen flaunting off his volleyball skills with his fellow CSK teammates. The CSK team undertook a volleyball game as a recreational activity at their hotel. Fondly known as 'Thala' by the CSK fans, the 41-year-old Dhoni was playing the sport will full intensity, smashing the ball at his much younger opponents albeit with absolute control.

Chennai Super Kings have taken to social media to constantly update their fans on the whereabouts of the team. MS Dhoni was spotted with a football earlier, during a practice session at the ICC Academy in Dubai.

Prior to football, the fans were surprised at seeing MS Dhoni’s snooker playing skills upon the team’s arrival in the UAE.

CSK made a brilliant start to their 2021 IPL campaign after a terrible 2020 season. They currently find themselves in second place behind Delhi Capitals. They have won 5 out of 7 matches so far and stand at 10 points, 2 points behind DC and level on points with Royal Challengers Bangalore. They have won four consecutive games so far and will look to carry the momentum into the second phase.

The second phase of the IPL 2021 season will see many international players missing out on the matches due to personal reasons or national duties. Despite this, CSK have a full squad ready heading into the tournament. They will face defending champions Mumbai Indians as the tournament restarts.