Shubman Gill stated in the video that they were forced to shift indoors as it started raining shortly after they began practicing this morning. 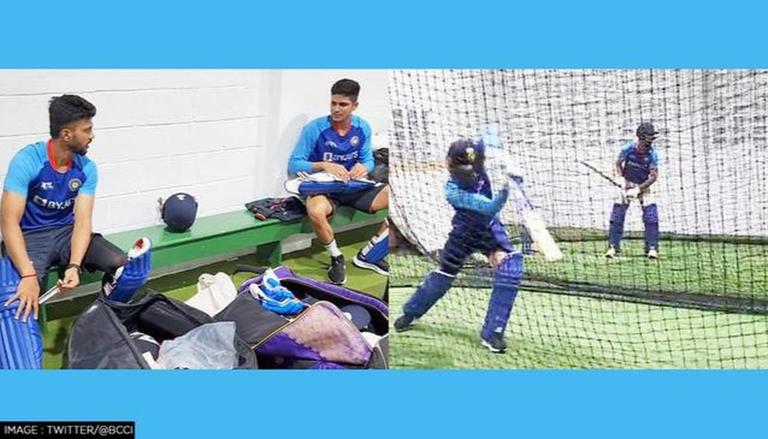 
India and West Indies are all set to lock horns against other in the first ODI of their three-match series on July 22. The match is scheduled to be played at the Queen's Park Oval Stadium in Trinidad. Rain in Trinidad affected Team India's preparations for the first One-Day International on Thursday. Indian players were forced to hit the nets indoors at the Queen's Park Oval, where they began their preparation for Friday's game.

The Board of Control for Cricket in India (BCCI) on Thursday posted a video on Twitter showing the Shikhar Dhawan-led side rehearsing indoors under the direction of head coach Rahul Dravid. Shubman Gill, the Indian opener, stated in the video that they were forced to shift indoors as it started raining shortly after they began practicing this morning. Gill stated that practicing indoors is preferable to doing nothing. Shikhar Dhawan, Arshdeep Singh, and Ruturaj Gaikwad can be seen working out in the nets.

Gearing up for ODI No.1 against the West Indies 💪

Indian skipper Rohit Sharma has been rested for the ODI series against West Indies alongside senior players like Virat Kohli, Jasprit Bumrah, Rishabh Pant, and Hardik Pandya. Shikhar Dhawan has been named the captain of the side in absence of Rohit, while Ravindra Jadeja has been named his deputy. The three-match ODI series is slated to be played from July 22 to July 27. Team India will play five T20I games against the same side after the conclusion of the ODI series.

In terms of the head-to-head record between the two sides, India are currently ahead, having won all five ODI games played against West Indies in the last three years. India and West Indies played a three-match ODI series earlier this year. India won all three matches by huge margins. The Men in Blue are favourites to win the upcoming ODI series in the Caribbean. West Indies were recently whitewashed by Bangladesh in their bilateral ODI series.