Meanwhile, the 2nd edition of the Legends League Cricket will see four teams participating with players from across 10 foreign countries, including Australia. 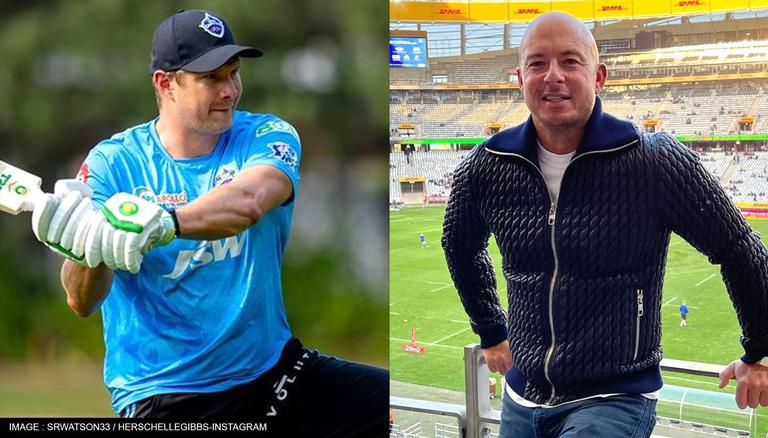 
Herschelle Gibbs has been replaced in the World Giants roster for the upcoming edition of the Legends League Cricket (LLC) with former Australian all-rounder Shane Watson after fans voiced their displeasure at the inclusion of the ex-Proteas star. In an official statement issued on Saturday, Legends League Cricket announced that Watson has replaced Gibbs in the World Giants squad. The organisers also confirmed that former New Zealand cricketer Daniel Vettori will replace Sanath Jayasuriya in the squad.

After some supporters voiced displeasure over Gibbs' presence in the competition due to his prior stance favouring Pakistan over the controversial Kashmir Premier League, it was announced that the South African cricketer has been replaced with Watson. Previously, Gibbs claimed that the BCCI had threatened to deny him admission into India if he played in the Kashmir Premier League in an effort to prevent him from doing so.

Meanwhile, the second edition of the Legends League Cricket will see four teams participating with players from across 10 foreign countries, including Australia, England, South Africa, and New Zealand. The tournament is scheduled to begin on September 16 with a special match between India Maharajas and World Giants at the Eden Gardens in Kolkata. BCCI president Sourav Ganguly will lead India Maharajas in the second season of the league.