For Jemimah Rodrigues, this will be her maiden WBBL stint, while Harmanpreet Kaur has experience of tournament having previously played for Sydney Thunder. 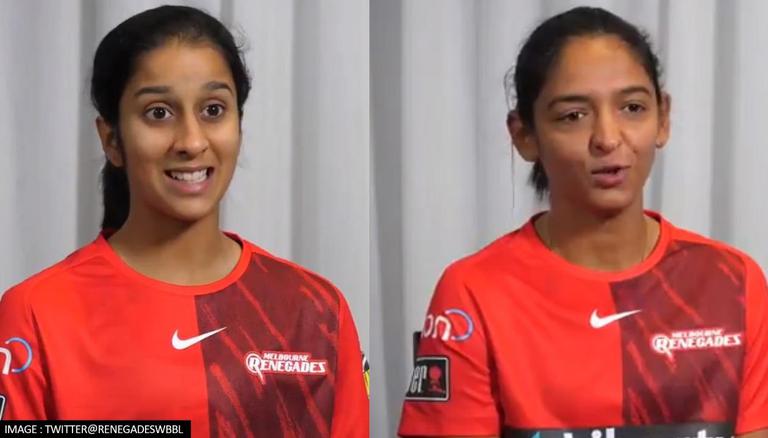 Apart from Jemimah Rodrigues and Harmanpreet Kaur, there are five other players from India who are ready to light the WBBL stage. The other India Women cricketers include Smriti Mandhana and Deepti Sharma who will play for Sydney Thunder and Shafali Verma and Radha Yadav who were signed by Sydney Sixers earlier in the week. Richa Ghosh will play for Hobart Hurricanes in the upcoming season.

Excited to be a Renegade? Absolutely.@JemiRodrigues can't wait for her first taste of the @WBBL.#GETONRED #WBBL07 pic.twitter.com/kZgWSASEzk

Speaking about signing with Melbourne Renegades  Jemimah Rodrigues said, "I'm very excited to be here now and to be part of the Renegades. I think for me, the main goal over here will be just to pull back and play cricket, play some good cricket and enjoy what I'm doing. I know when I do that and when I'm in that headspace, I'm able to give it my best. The goal is, whatever happens, I want to give it my 100 percent each and every time I'm on the field...I'm really looking forward to it and there's so much that I'm going to learn, I'm sure about that."

She's back in the @WBBL and we can't wait to see what @ImHarmanpreet can produce in 🔴 #GETONRED #WBBL07 pic.twitter.com/5DURIFuCa2

Harmanpreet Kaur also seems to be excited while playing for a new team in the upcoming season and hopes to have a great season with Melbourne Renegades. She said, “It means a lot (to be back). The WBBL has given me a lot of experience and a great platform where I can perform and execute. Coming back with a new team, the Renegades… I hope this season will be really great for us. It’s my first season with them and I definitely want to make an impact. Whenever I’ve played WBBL, I’ve seen many fans around and their excitement. Even lots of Indian fans are coming and watching – it’s a great experience for me. I’m glad that I’m part of this great tournament.”

Coming to WBBL schedule, the league will have its usually 59 game format and will be taken back to the fans around the country with the matches to return to metro and regional venues in all six states as the schedule reverts to its national, festival-based structure after the WBBL season six was played entirely in a biosecure hub in Sydney. A three-game, top four Finals series remains. The Finals series matches will be played on November 23 and November 24. A record 47 matches are to be broadcasted nationally on television this year, almost a five-fold increase since the league's inception seven years ago.