The West Indies vs South Africa 1st Test match gets underway from Thursday, June 10. Here is how you can catch the live stream of the game in India. 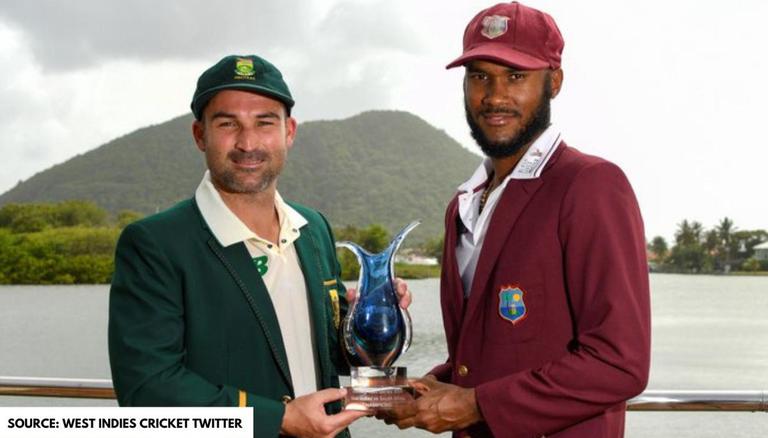 The West Indies will host South Africa for two Test matches and five T20Is. The Test series opener between the two cricketing nations will be played from Thursday at the Daren Sammy National Cricket Stadium. West Indies' previous assignment in the longer format was against Sri Lanka earlier this year. The team managed to salvage draws in both the fixtures against Sri Lanka. After missing out on the Sri Lanka series, Shai Hope, Roston Chase and Kieran Powell have made it to the side for their clash against the Proteas.

South Africa will take the field with a new captain. Veteran opening batter Dean Elgar has been handed the captaincy reins by the team management and this will be his first series as the leader of the team. As many as six uncapped players have been named by South Africa for their series against West Indies. Left-arm pacer Marco Jensen, who plied his trade for the Mumbai Indians in the 14th edition of the Indian Premier League is set to get the first taste of Test cricket with this tour.

Where to watch the #WIvSA action tomorrow at 10 A.M. Eastern Caribbean. 📺

The surface at the Daren Sammy National Cricket Stadium has traditionally favoured the faster bowlers. The same trend is likely to continue as the wicket promises to provide assistance to the seam bowlers during the upcoming West Indies vs South Africa clash as well. The batters will struggle against the new ball and the bowlers are likely to dominate the contest. The captain winning the toss could be inclined to bowl first, considering the conditions.

As for the weather, the conditions in Gros Islet does not seem ideal for a game of Test match cricket. A significant cloud cover is expected throughout the opening day and there are also chances of rain interrupting the play on several occasions. The temperatures are likely to hover around 30 degrees Celsius on Day 1.