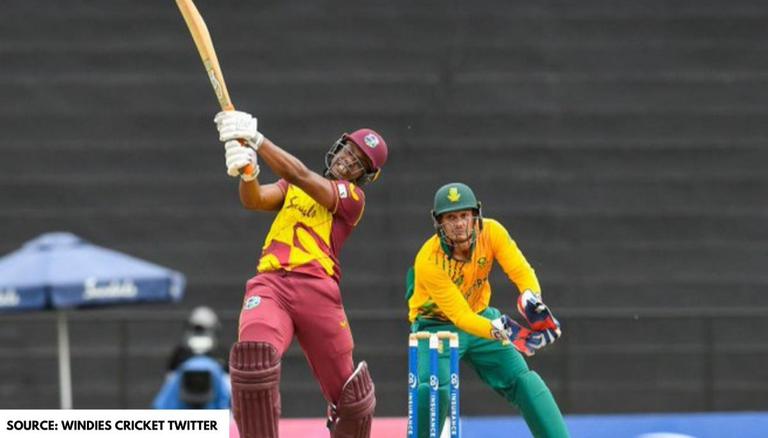 The series is currently evenly poised with both West Indies and South Africa claiming a win each in the shortest format. While South Africa emerged to be the more dominant team during the red-ball fixtures, West Indies made a thumping comeback by pocketing the T20I series opener comprehensively by 8 wickets. However, visitors South Africa redeemed themselves by beating the hosts by 16 runs in the subsequent fixture.

Reeza Hendricks and Reeza Hendricks starred with the bat to help their side post a decent total of 166 on the surface. Obed McCoy was the pick of the West Indian bowlers as he claimed three crucial wickets in the contest. Despite having a star-studded batting line-up, the West Indies failed to chase down the total in the fixture. Kagiso Rabada dismissed three batters to dent Kieron Pollard and co.'s chances of crossing the line. After two blockbuster encounters, the upcoming game also promises to be a thrilling affair. As per our WI vs SA prediction, West Indies will win the West Indies vs South Africa 3rd T20.

With none of the prevalent TV channels or OTT platforms winning the broadcast rights for the Middle East and North Africa (MENA) region, for this series, fans can catch the West Indies vs South Africa 3rd T20 live in UAE on the Windies Cricket Youtube and Facebook pages. Other countries, such as Egypt, Iran, Iraq, Israel, Jordan, Kuwait, Morocco, Oman, Qatar, Saudi Arabia and Tunisia among others, which are also a part of the MENA region, can also watch the tour live on the same platforms. The West Indies vs South Africa 3rd T20 will commence at 10:00 PM UAE time.

The series will be available on the SuperSport channel. Interested fans can watch a live stream of the series in South Africa and the Sub-Saharan countries on the SuperSport live app or website as well. This service will be extended to countries including but not restricted to Nigeria, the Central African Republic, Chad, Congo, Côte d'Ivoire, Eritrea, Ethiopia, Ghana, Kenya, Liberia, Mali, Mauritius, Mozambique, Namibia, Niger and Rwanda. The West Indies vs South Africa live streaming will commence at 8:00 PM as per South African time.

🏏 When you realise the #Proteas are back in action today